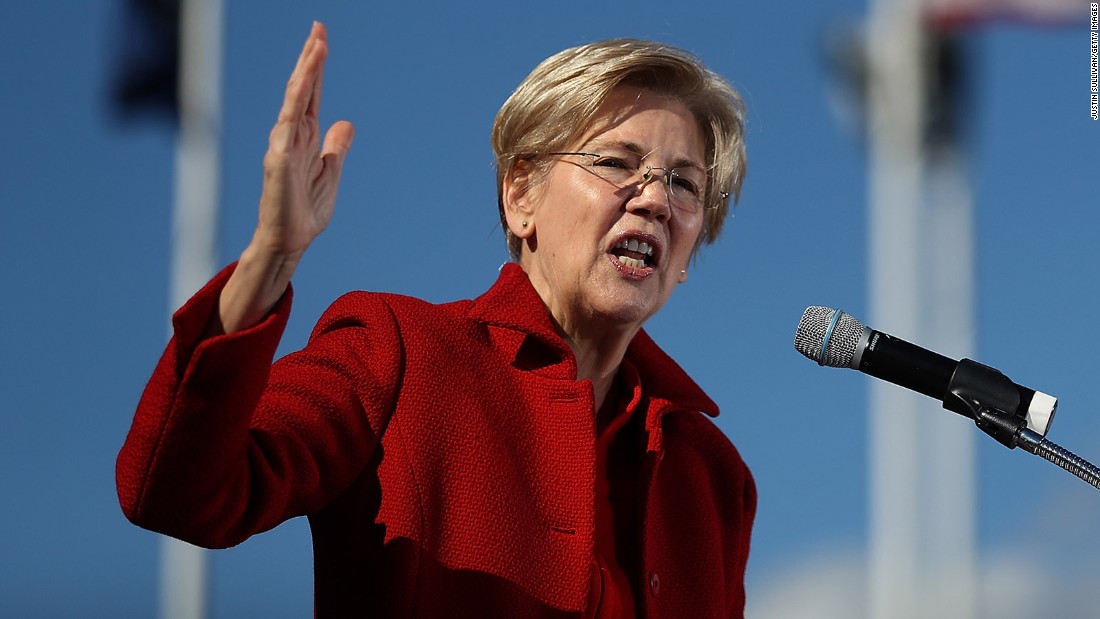 Washington (CNN)Sen. Elizabeth Warren offered an extraordinary pledge Thursday to work with President-elect Donald Trump on economic issues, declaring that “the truth is that people have a right to be angry.”

The firebrand Massachusetts liberal — derided as “Pocahontas” by Trump during the presidential campaign — said at an AFL-CIO event that she and Trump share a sense that the economy is rigged against working Americans.
Warren was one of Trump’s chief antagonists on the campaign trail. Now, though, many Democrats are looking to her to fill the massive leadership void suddenly facing the party.
Warren said she and Trump are on the same page about the need to invest in infrastructure, reform campaign finance laws and crack down on Wall Street and big banks.
“He spoke to the very real sense that millions of Americans have that their government and their economy has abandoned them, and he promised to rebuild this economy for working people,” Warren said of Trump.
It is, she said, “not a liberal worry or a conservative worry. It is not a Democratic worry or a Republican worry. It is the worry that led even Americans with deep reservations about Donald Trump’s temperament and fitness to vote for him anyway.”
“When President-elect Trump wants to take on these issues — when his goal is to increase the economic security of middle-class families — then count me in,” Warren said. “I will push aside our differences and I will work with him to achieve that goal.”
Warren’s comments come on the same day Trump was in Washington to meet with President Barack Obama, House Speaker Paul Ryan and Senate Majority Leader Mitch McConnell.
She echoed House Minority Leader Nancy Pelosi, D-California, another frequent Trump critic who said Wednesday that she could work with the Republican President-elect on infrastructure spending.
Warren said Trump’s brand of populism is a major departure from Ryan and McConnell, the Republican congressional leaders. She said the congressional GOP’s approach to the issues she highlighted was “rejected — rejected by their own primary voters, rejected during the campaign and rejected during Tuesday’s election.”