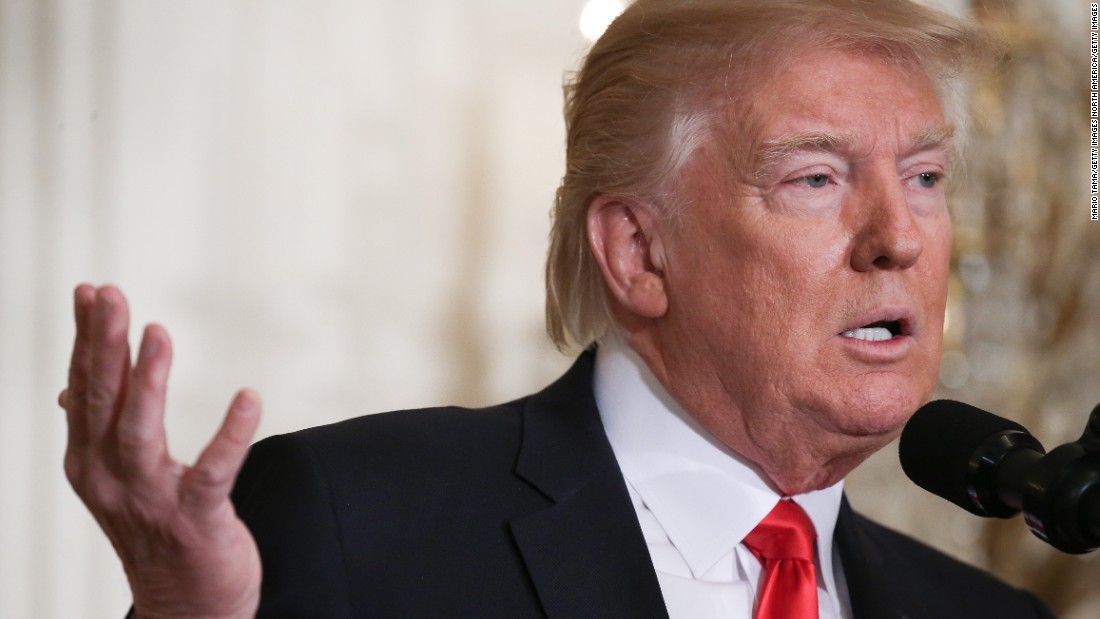 Washington (CNN)President Donald Trump is taking his fate into his own hands.

Reeling from a week that included firing his national security adviser, the withdrawal of a Cabinet nominee and persistent questions over alleged collusion between his campaign and Russia, Trump is aiming to regain control of his nascent administration by putting himself back in the spotlight.
The centerpiece of the effort: a return to the scorched-earth politics that served him so well on the campaign trail. That was on display Thursday when Trump cranked up the political theater during an extraordinary news conference that transferred the seething air of grievance from his campaign rallies to the ornate splendor of the East Room of the White House.
He’ll continue his campaign-style reboot Saturday with a rally in Florida, reuniting with the devoted supporters who view Trump as a political crusader dedicated to the obliteration of Washington’s elites.
Through it all, he’s breaking free from the confines of his office and the formality of the White House to fire up the free-wheeling, media-bashing brand of attack-dog politics that powered his stunning takeover of the Republican Party and underpinned his even more surprising presidential election win. Though much of official Washington was stunned by Trump’s news conference, the President knew exactly what he was doing, seeking a relaunch for his administration and a pivot away from stories of a White House in disarray.
“We had an interesting news conference, didn’t we?” Trump told lawmakers and reporters during a bill signing ceremony later Thursday, clearly relishing his performance.
Full transcript: President Donald Trump’s news conference
Since taking office, Trump’s pugnacious persona has at times appeared stifled by the formal surroundings of the White House. He hasn’t always appeared completely relaxed, for instance, in his joint news conferences with foreign leaders.
But alone on the stage Thursday, gesturing behind his podium and locked in combat with reporters, he was in his element, ensuring the event will go down as one of the most memorable presidential news conferences in history.

Something on his mind

Trump’s ostensible purpose for the event was to announce Alexander Acosta as his new pick for labor secretary after his previous nominee, Andrew Puzder, withdrew over ethics concerns. But it was soon clear that Trump had something else on his mind and set off on his tour de force with the air of a man who wanted to get something off his chest.
“I turn on the TV, open the newspapers and I see stories of chaos. Chaos. Yet it is the exact opposite. This administration is running like a fine-tuned machine,” Trump said.
Following a tumultuous few weeks that included a chaotic roll out of his travel ban on citizens from seven Muslim-majority nations and reports of fierce infighting between rival power centers in his West Wing, Trump’s declaration of resounding success seemed at odds with the facts.
But Trump’s strategy — diverting attention from his bad week, rallying his political base and putting on a show that would drown out incessant questions about his alleged connections to Russia — quickly became clear.
Donald Trump calls treatment of first lady unfair
“This is what he enjoys doing. He recognizes that this is why he won,” White House spokesman Sean Spicer said, explaining Trump’s snap decision to schedule a news conference Thursday morning.
Another senior Trump aide, Kellyanne Conway, declared Trump was back in his “natural habitat.”
“Pressers are his sweet spot,” she said.
Such political pyrotechnics have helped Trump before. In slamming his media inquisitors Thursday as “fake news,” he was reengaging with his grassroots army that he used to great effect during the campaign.
“This is a press conference like no other from a President like no other,” said Andre Bauer, a Trump supporter and former South Carolina lieutenant governor, told CNN International. “Straight talk is what the people wanted and straight talk is what the people are getting.”
But the question for Trump is whether such tactics can sustain a presidency, a role that is far more complex than that of an election-year candidate.
“The overall impression was this was a raucous, combative, sometimes unhinged press conference that recalled moments in the campaign but I think left an awful lot of people asking what kind of reality is he in here,” said David Gergen, an adviser to four presidents who is now a CNN senior political analyst. “When he described his administration as a finely tuned machine, I would hate to see a broken down one.”

Trump did little to alleviate the most potentially dangerous crisis assailing his White House — CNN reported this week that high-level advisers close to Trump were in constant communication during the summer campaign with Russians known to US intelligence.
Questions about his admiration for Russian President Vladimir Putin, who most people in Washington view as a dangerous enemy, are being fueled by a drip, drip of disclosures and reporting. That Russian cloud over the White House, which led to the resignation of national security adviser Michael Flynn this week, is unlikely to lift until the President provides a full accounting of unanswered questions.
Trump said during the news conference that as far as he knew, none of his staff had been in contact with Russian officials. That was a long way from the kind of fulsome answer that will make the drama go away.
A sign that Trump’s White House trouble could continue: Ret. Vice Adm. Bob Harward turned down the President’s offer to succeed Flynn, reluctant to take the job because the White House seems so chaotic, a friend of Harward’s told CNN.
In a statement, Harward noted the job would require “24 hours a day, seven days a week focus and commitment to do it right.”
“I could not make that commitment,” he said.
Trump may have other long-term political problems. It’s not clear that feuding with reporters on national television, however satisfying, will help him forge progress on some of the issues that helped him win the presidency, such as reviving manufacturing industry and repealing and replacing Obamacare.
While he confounded most analysts by consolidating blue collar votes in previously Democratic Midwestern states on Election Day, he has done little to bring the country together since then. That is reflected in his presidential approval ratings, many of which are now hovering around 40%.
But one Republican aide on Capitol Hill insisted the news conference would help Trump — at least for now.
“It plays well for Trump,” the aide said. “It’s not a long-term solution to the problems he’s facing, but I think an effective distraction for 24 hours. Meanwhile most in GOP will stay quiet because they still see the opportunity they have to accomplish things they’ve been waiting for eight years to accomplish.”