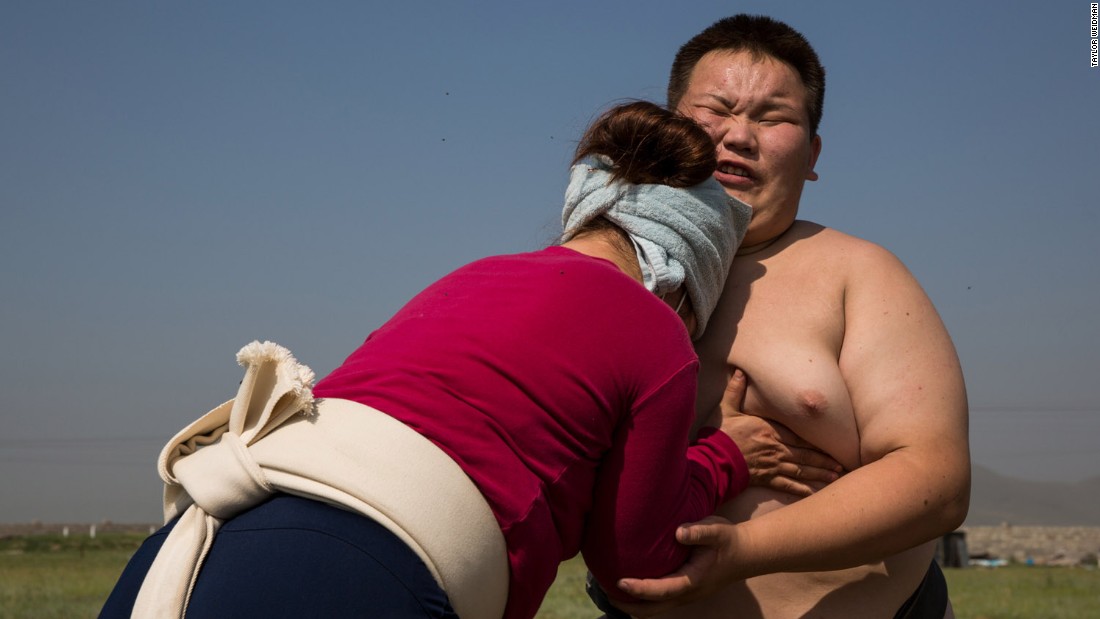 (CNN)At a sumo training camp on the outskirts of Ulaanbaatar, Mongolia, tension was beginning to mount.

The World Sumo Championships was just days away. For the wrestlers in the Mongolian national youth team, a win would gain them global recognition. Acceptance into a Japanese “heya” (a sumo stable) might be just around the corner.
It’s a moment that required weeks of preparation, as photographer Taylor Weidman — who shadowed the Mongolian wrestlers in the buildup to the competition — knows all too well.
“Wrestlers here would stay in small shared rooms or in dorms with bunk beds,” Weidman said. “They would practice sumo technique once a day and also do other cardio and strength workout. Meals were huge. They stayed at this camp preparing for over a month.
“Wrestlers would eat big meals with lots of mutton and rice. Traditionally, I think sumo wrestlers are supposed to have two huge meals a day, followed by naps so the calories aren’t burned off right away.” 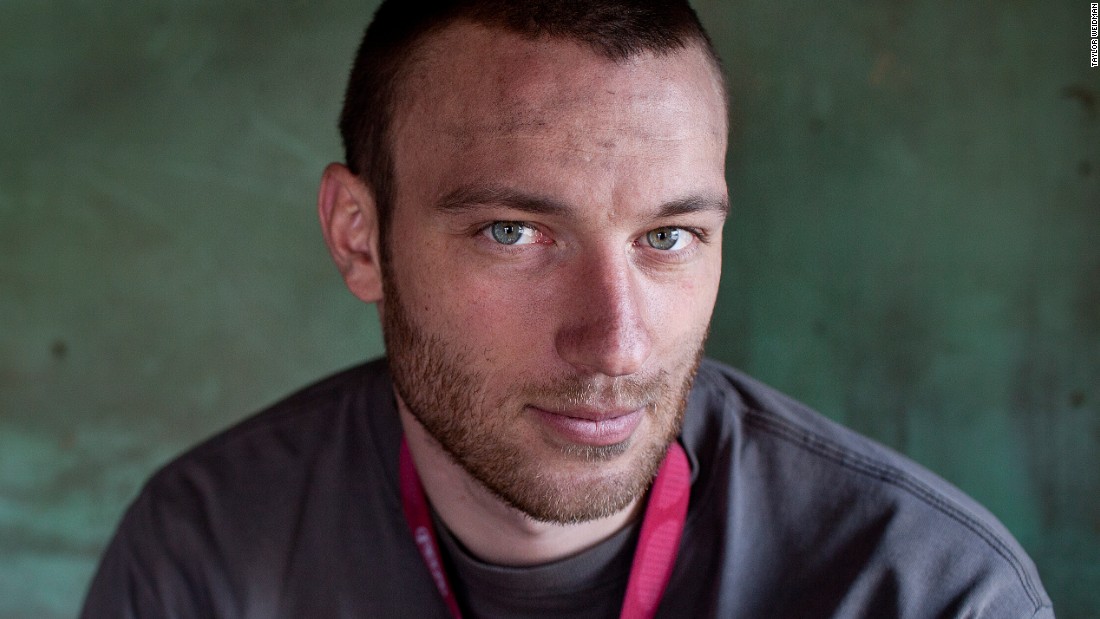 Sheer size is important in sumo wrestling, but it’s not necessarily a trump card: agility, speed and technique are all important as well.
If the athletes are successful at the world championships, their lifestyle can become even more taxing as they look to climb through the international ranks of sumo wrestling and make their way in Japan.
“Trainees in Japan who are accepted into a sumo stable are called ‘rikishi,’ ” Weidman said. “They wake up at around 5:30 in the morning to work out, then they cook and clean for the senior wrestlers in their stable.
“They have a strict set of rules they have to live by — they can’t drive cars, they have to wear traditional ‘yukata’ and ‘geta’ whenever they go out, they have to wear their hair a certain way.”

Japan has traditionally dominated the sport, and it’s only in the past decade that Mongolia has emerged as such a dominant force. The past four “yokozuna,” sumo wrestling’s highest rank, have all been from Mongolia.
Although sumo isn’t an Olympic sport, Mongolian athletes have scooped medals in judo and wrestling — similar sports that have provided 17 of the nation’s 26 medals in Olympic history.

Part of the reason for Mongolia’s success in wrestling sports — sumo in particular — is because of the way they are embedded within Mongolian culture, Weidman explains.
“Mongolia has their own version of wrestling that virtually every boy grows up practicing,” he said. “The sport translates well and has helped Mongolia win Olympic medals in wrestling and judo. It’s very similar to sumo wrestling.
“The other reason that I’ve heard, talking to Japanese fans, is that Mongolians are simply hungrier to win in sumo. In Japan, sumo wrestlers, even champions, aren’t particularly rich by national standards.
“In Mongolia, though, the same salaries seem much bigger. Sumo champions are also incredibly famous in Mongolia, and former champions have parlayed their sumo careers into careers in politics and business.”