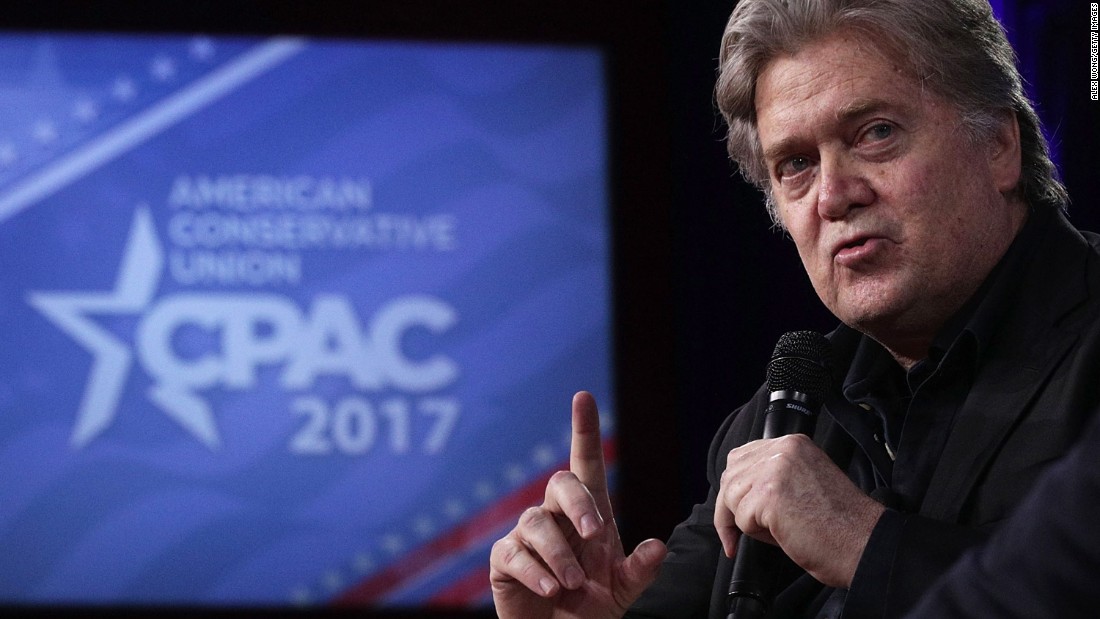 Washington (CNN)White House Chief Strategist Steve Bannon rarely appears in public and rarely speaks to the press, much less on live television. So his appearance alongside White House Chief of Staff Reince Priebus Thursday was hotly anticipated and closely watched.

The men performed a buddy schtick of sorts, portraying the yin and yang that bring the White House together and keep it running not in chaos as some media reports have claimed, but like the “fine-tuned” machine President Donald Trump bragged about during a news conference last week. Priebus keeps the trains running, according to Bannon, and Bannon does the big ideas, according to Priebus.
The fact that Bannon doesn’t talk much in public has created an aura in Washington for him. Critics say he’s the guiding force behind Trump’s policies. “Saturday Night Live” portrayed him as the Grim Reaper who sits behind Trump in the Oval Office. 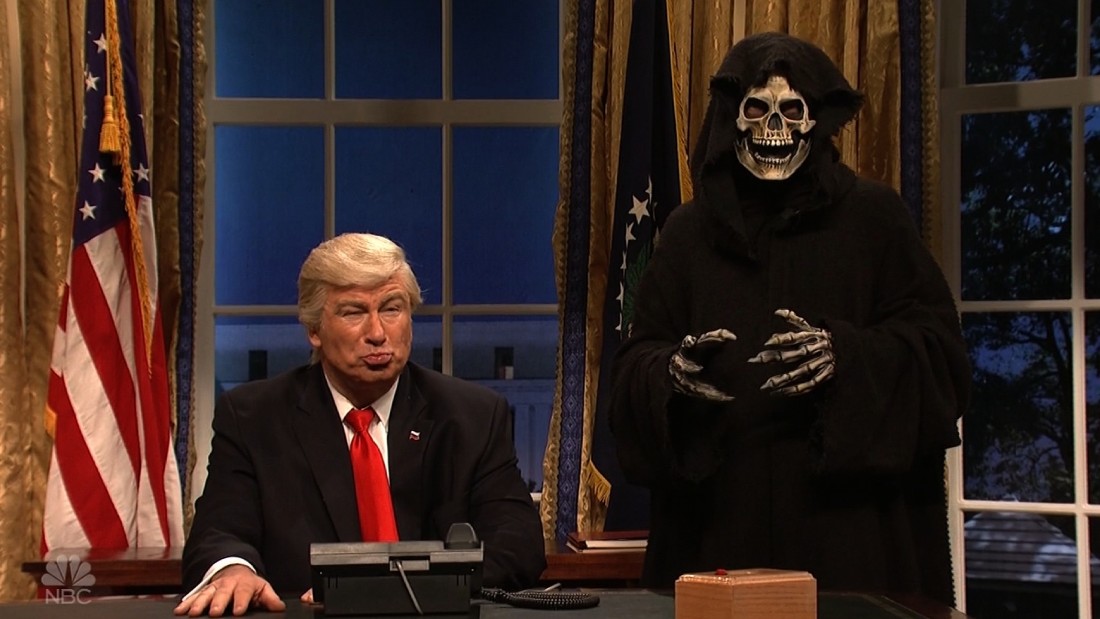 Bannon did not seem like the Grim Reaper on Thursday. He came off as rumpled and overworked, but passionate about his boss, even if he admittedly “runs a little hot.”
But he did cram a lot of those big ideas Priebus mentioned into what was billed as a short and informal Q&A. One could infer a lot about Trump’s goals for the next four years from what Bannon said. Here are some of the most interesting passages and some of his more interesting word choices:

“This is the main thing that the mainstream media — or the opposition party — never caught, is that if you want to see the Trump agenda it’s very simple. It was all in the speeches. He went around to those rallies and the speeches had an enormous amount of content in them … He’s laid out an agenda with those speeches with the promises he made and our job every day is to just to execute on that … he’s maniacally focused on that.”
“All of those promises are going to be implemented,” he said.

There are three pillars of Trump’s plan

“I kind of break it up into three verticals of three buckets,” Bannon said. “The first is kind of national security and sovereignty and that’s your intelligence, the Defense Department, Homeland Security.
“The second line of work is what I refer to as ‘economic nationalism’ and that is Wilbur Ross at Commerce, Steven Mnuchin at Treasury, (Robert) Lighthizer at Trade, (National Trade Council head) Peter Navarro, (adviser) Stephen Miller, these people that are rethinking how we’re gonna reconstruct our trade arrangements around the world.
“The third, broadly, line of work is what is ‘deconstruction’ of the administrative state.”

He used variations of the term three times in describing the Trump agenda.

“I think one of the most pivotal moments in modern American history was (Trump’s) immediate withdraw from (Trans-Pacific Partnership). That got us out of a trade deal and let our sovereignty come back to ourselves, the people. The mainstream media don’t get this, but we’re already working in consultation with the Hill. People are starting to think through a whole raft of amazing and innovative, bilateral relationships — bilateral trading relationships with people that will reposition America in the world as a fair trading nation and start to bring jobs. High value added, manufacturing jobs, back to the United States of America.”

“Every business leader we’ve had in is saying not just taxes, but it is also the regulation. I think the consistent, if you look at these Cabinet appointees, they were selected for a reason, and that is the deconstruction. The way the progressive left runs is, if they can’t get it passed, they’re just going to put in some sort of regulation in an agency. That’s all going to be deconstructed and I think that that’s why this regulatory thing is so important.”

The media is the ‘opposition party,’ and ‘it’s only going to get worse’

Bannon used the term “opposition party” several times when describing the media, and he predicted White House confrontations with journalists would get worse.
“They’re corporatist, globalist media that are adamantly opposed to an economic nationalist agenda like Donald Trump has,” he said. “Here’s why it’s going to get worse: Because he’s going to continue to press his agenda. And as economic conditions get better, as more jobs get better, they’re going to continue to fight. If you think they’re going to give you your country back without a fight, you are sadly mistaken. Every day, it is going to be a fight. And that is what I’m proudest about Donald Trump.”

The US will experience a new political order

“I’ve said that there’s a new political order that’s being formed out of this,” Bannon said. “And it’s still being formed. But if you look at the wide degree of opinions in this room — whether you’re a populist; whether you’re a limited-government conservative; whether you’re libertarian; whether you’re an economic nationalist — we have wide and sometimes divergent opinions. But I think we (agree on) the center core of what we believe, that we’re a nation with an economy. Not an economy just in some global marketplace with open borders, but we are a nation with a culture and a reason for being. And I think that is what unites us and I think that is what is going to unite this movement going forward.”

Bannon is not afraid to use words like ‘nationalism’ and ‘culture’

“Nationalism, and especially “white nationalism,” are terms fraught with historical tensions and can elicit fear from minorities affected by racist or prejudiced mindsets.
And Bannon has been accused of being a friend to white nationalists, although he has rejected it in the past. But that hasn’t stopped him from keeping the term “economic nationalism” in his rhetorical quiver. He also said “we are a nation with culture and a reason for being.” He didn’t elaborate, but that’s an idea sure to cause debate and turmoil in a nation where for many years the overriding language from politicians was one of inclusion of new cultures and pride in a nation of immigrants.