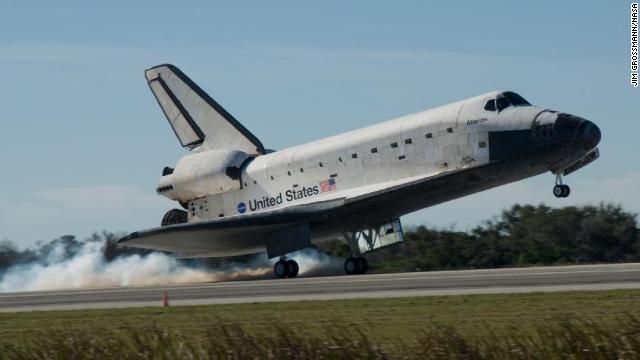 (CNN)October 24, 1960 – The first space-related fatalities occur when a rocket explodes at the Soviet Union’s Baikonur Space Center in Kazakhstan, killing 165 people, including Air Marshal Mitrofan I. Nedelin, the head of Soviet rocket forces. The accident is officially denied until 1990.

March 23, 1961 – Russian cosmonaut Valentin Bondarenko is killed during a routine training exercise. Bondarenko is in a pressure chamber for an eight-day routine isolation test when he discards a cotton ball used to swab a sensor on his body. The cotton ball hits a hot plate used for cooking and catches fire in the oxygen-rich atmosphere. The fire isn’t revealed to the public until 25 years later.
July 21, 1961 – USAF Captain Virgil I. “Gus” Grissom’s Mercury capsule sinks in an ocean landing after an explosion blows the escape hatch off prematurely. He swims from the capsule safely.
January 27, 1967 – Three US astronauts are killed by a fire during a rehearsal launch for the US’s Apollo 1 — USAF Lt. Col. Gus Grissom, USAF Lt. Col. Edward Higgins White and USAF Lt. Commander Roger B. Chaffee. The fire causes a 20-month delay in the first manned Apollo flight. It is believed to have been triggered by a spark from faulty electrical wiring.
April 1967 – Soviet cosmonaut Vladimir Komarov is killed while returning to ground from a successful Soyuz 1 orbit of Earth when the main parachute fails to open.
February 1969 – The Soviet Union’s N1 Moon booster explodes during its first test flight, killing 91 people on the ground. The accident is not made public until 1995.
April 13, 1970 – The US lunar mission Apollo 13 loses the use of an oxygen tank necessary to supply air and power. The three-man crew successfully uses the lunar module as a lifeboat, circling the Moon and then returning safely to Earth. It is the first in-flight failure in the US space program.
June 1971 – Soviet cosmonauts Georgi Dobrovolsky, Victor Patsayev and Vladislav Volkov are found dead in their Soyuz 11 spacecraft after an apparently normal landing.
March 1980 – Fifty-one engineers are killed when a Vostok rocket explodes on the launch pad in the Soviet Union.
March 1981 – Two workers are killed in a nitrogen-filled compartment of the Space Shuttle Columbia during a launch rehearsal.
April 1981 – The Columbia’s first test launch, in April 1981, is halted in the final seconds of countdown and is delayed for two days because of a software problem. Once it lifts off, everything works but the toilet, which becomes a chronic problem.
September 27, 1983 – A Soviet Soyuz T-10 booster rocket explodes shortly after liftoff. The crew members evacuate using an emergency rocket that parachutes back to Earth.
January 28, 1986 – Seven crew members aboard the Space Shuttle Challenger are killed when the spacecraft explodes shortly after take-off. Christa McAuliffe, Gregory Jarvis, Ronald McNair, Ellison Onizuka, Judith Resnik, Dick Scobee and Michael Smith are killed in the explosion, caused by the failure of O-rings in the shuttle’s right solid rocket booster.
January 26, 1995 – A Chinese Long March rocket explodes above its launching pad, killing six people and injuring 23 others. The accident is later determined to have been caused by wind shear.
April 8, 1997 – The Space Shuttle Columbia cuts short its mission 12 days ahead of schedule due to equipment problems. One of the shuttle’s fuel cells showed signs of malfunctioning.
June 25, 1997 – During a docking exercise, an unmanned cargo vessel crashes into Mir, disrupting the station’s power supply and partially depressurizing the living quarters. The three crew members, two Russians and an American, are not injured.
February 1, 2003 – The Columbia breaks up about 38 miles over East Texas on its return to Kennedy Space Center in Florida. Seven astronauts are killed. The Columbia Accident Investigation Board determines that the cause of the accident was a piece of insulating foam that broke off and struck a hole in the leading edge of the left wing less than two minutes into the flight.
July 25, 2007 – Three employees of Scaled Composites, LLC, are killed in an explosion during a routine test for Virgin Galactic’sSpaceShipTwo, a commercial spacecraft. Virgin Galactic is the space tourism start-up founded by Richard Branson.
July 16, 2013 – During a spacewalk outside the International Space Station, Italian astronaut Luca Parmitano reports a carbon dioxide censor failure in his suit. Between 1 and 1.5 liters of water pool inside the suit and helmet, particularly near his eyes and ears. He is able to make it back to the airlock and is unharmed.
October 31, 2014 – Virgin Galactic’s SpaceShip Two crashes during a flight test in the Mojave Desert, killing co-pilot Michael Tyner Alsbury and injuring co-pilot Peter Siebold, employees of Scaled Composites, LLC.