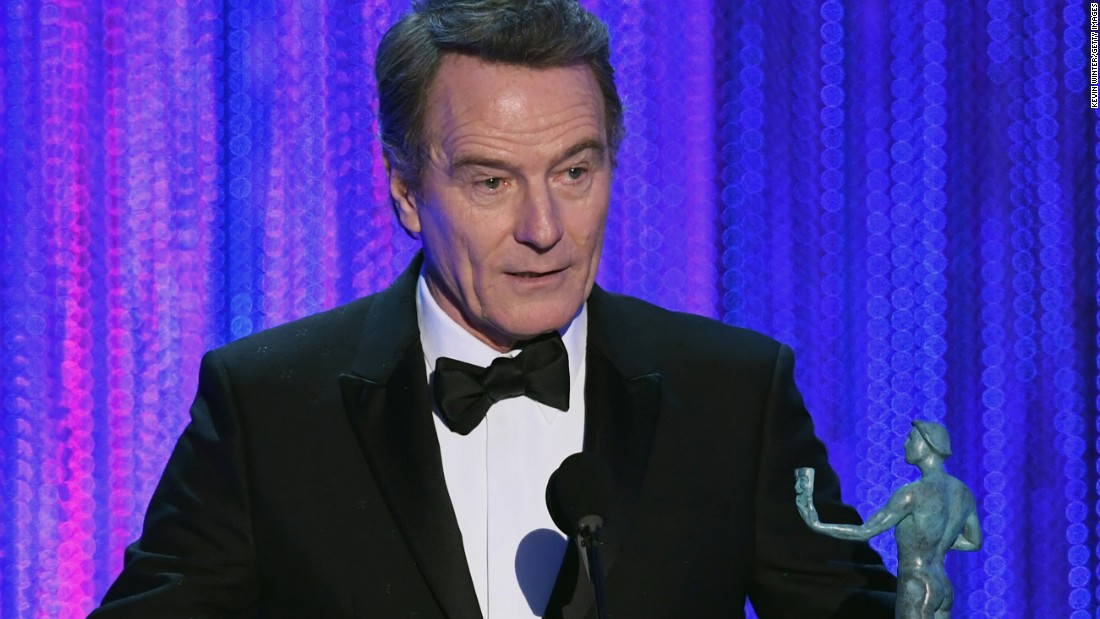 (CNN)The Screen Actors Guild Awards made clear that politics are going to be an integral part of award shows, as one performer after another voiced antagonism toward Trump administration policies.

The so-called “Muslim ban” dominated comments from presenters and recipients Sunday. To those who might be inclined to tell artists to shut up and sing or act, the evening offered a concerted rejoinder, subjecting President Trump to rebukes that ranged from mockery to more sober indictments to stirring statements about unity and how recent government actions are antithetical to American values.
The same themes emerged the night before, at the untelevised Producers Guild of America honors. That ceremony also heightened the more prosaic sense that “La La Land” is the movie to beat for this year’s Oscar, given a historic correlation between winning there and the Academy Awards.
Obviously, not everyone agrees with the politics expressed, and it’s become a popular trope to criticize out-of-touch stars for lecturing the rest of the country. The sheer weight of the sentiments voiced Sunday, however, resulted in a more bracing telecast that was clearly about something, with a cohesive theme running throughout that went well beyond the customary thanking of cast mates, directors and agents.
Related: SAG Awards 2017 gets political
Telegraphing what was to come, the first words of the evening — in a scripted sequence in which actors discussed their craft — came from Kerry Washington. She rejected the assertion that performers should refrain from politics. That was quickly followed by presenter Ashton Kutcher welcoming the audience, including — in reference to the weekend’s protests — “everyone in airports that belong in my America.”
Speech after speech offered variations on those themes. “Veep’s” Julia Louis-Dreyfus lampooned Trump’s concern about the size of his inaugural crowd by thanking the “million” people in the room, and closed by reading the Writers Guild of America’s statement of opposition to the administration’s policy.
Bryan Cranston, meanwhile,quoted President Lyndon B. Johnson — who he played in HBO’s “All the Way” — to provide colorful advice to Trump about not messing up the country.
Sarah Paulson closed by urging people to donate money to the ACLU. “Moonlight” co-star Mahershala Ali spoke about becoming a Muslim and finding common ground with his mother after converting. Taraji P. Henson, representing the cast of “Hidden Figures,” seized on the movie as a symbol of the power of unity.
Related: SAG winners list: who won what
The winners reinforced that message regarding inclusiveness and diversity, as SAG president Gabrielle Carteris put it during her remarks, from the multiracial cast of Netflix’s “Orange is the New Black” to “Moonlight’s” Ali and “Fences” stars Denzel Washington and Viola Davis.
Even the upset win for “Stranger Things” — part of a very big night for Netflix — turned into a rousing moment, with actor David Harbour delivering what amounted to a passionate artists’ manifesto that brought the room to its feet.
Meryl Streep previously addressed Trump while being honored at the Golden Globes, but that came prior to the president’s inauguration. Now that he’s in office and seeking to enact policies articulated on the campaign trail, the left-leaning arts and entertainment community appears especially mobilized and energized.
Gil Cates, the late producer who oversaw the Oscar telecast multiple times, used to plead with winners to talk about something of substance — to speak from the heart and not just read or rattle off a list of thank-yous.
Whatever one thinks of the politics on display, for the next few years, getting Hollywood to follow Cates’ advice looks like the new normal.