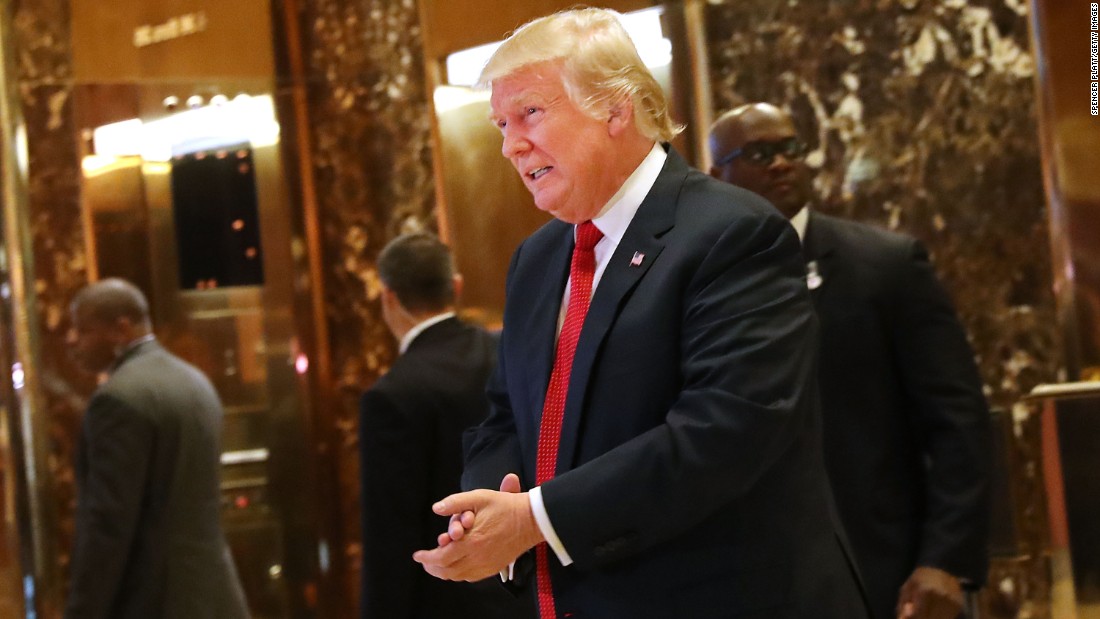 The aircraft, identified as an HC-130 search and rescue plane and two HH-60 Pave Hawk helicopters, were taking photos and surveying rooftops and street layouts for the Secret Service in the case that Trump would have to be removed from the city in an emergency, the law enforcement officials said.
Trump has said that he plans to return to his home in New York regularly after taking office next month. Much of his administration’s transition planning has been based at Trump Tower on Fifth Avenue, near one of the busiest intersections in the world.
The presence of the large plane and two tailing helicopters raised eyebrows around the city, where the sight of military craft among the skyscrapers is not normal.
“Why is this plane circulating so low in Manhattan?! It brings back bad memories,” Twitter user Erdal Kuyumcu posted.
New Yorkers were not notified ahead of time about the security exercise by the city, which regularly alerts residents to similar flyovers through a messaging service, because key city officials were not made aware that the flights would be taking place, according to spokesmen for New York City Mayor Bill de Blasio and the city’s Office of Emergency Management.
It is “standing protocol” for the Federal Aviation Administration to notify OEM about low flying aircraft and drills “so we can get that information out to the public to avoid panic,” department spokeswoman Nancy Silvestri said.
“We’ve spoken with the FAA and the Secret Service to make sure that the protocol is followed and we get proper notification in the future,” Silvestri said.
In a statement, the FAA said that the Secret Service had issued a temporary flight restriction and authorized military flights over New York City for December 13, the date of the surveillance mission, and that it was the responsibility of the Secret Service, as the approval authority, “to conduct other interagency and public notifications.”
The Secret Service would not offer any additional comment on the flights or notification process.
The aircraft were flown out of the Francis S. Gabreski Air National Guard Base in Westhampton Beach, New York, and were piloted by air national guardsmen from the 106th Rescue Wing, according to Eric Durr, a spokesman for the New York State Division of Military and Naval Affairs.
A public affairs manager with the 106th Rescue Wing, Sgt. Cheran Cambridge, could not offer further details about the nature or duration of the flights but called them a “routine training exercise.”
The version of the HC-130 plane flown out of the Long Island base is used in personnel recovery operations and includes three pararescue jumpers among its crew, according to a military description.
Securing the President-elect and his family in New York has so far proved an unprecedented and expensive effort for the city.
De Blasio earlier this month put the cost of the protecting Trump during the transition at half a million dollars a day.