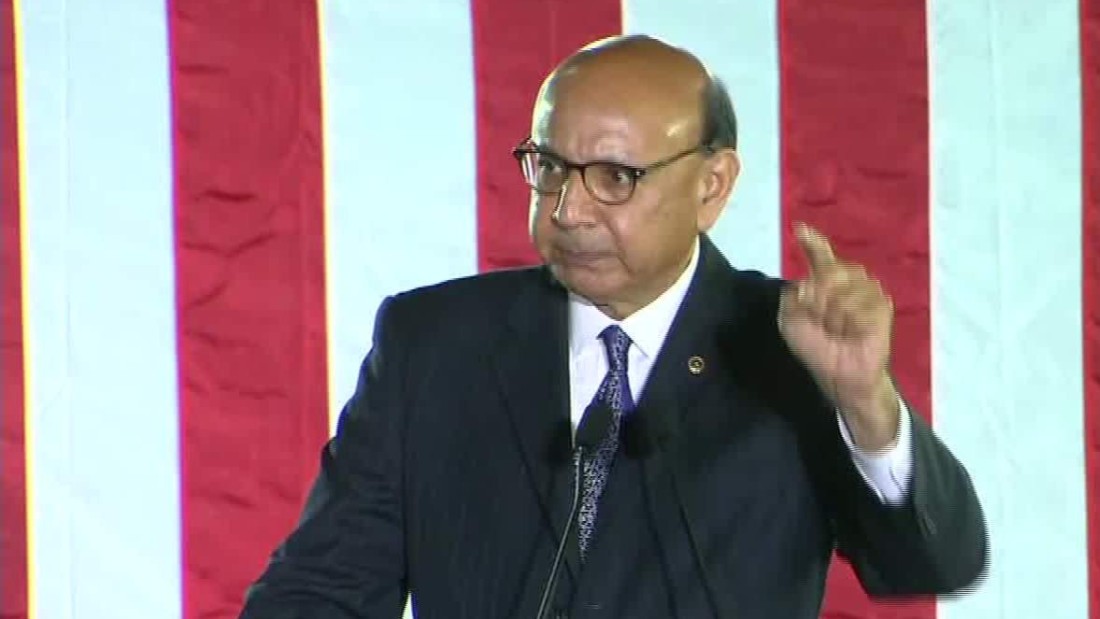 “I urge you to think beyond partisan politics as you consider this nomination,” Khan said in a letter to the Senate Judiciary Committee made public Monday. “Thirty years ago, a bipartisan group of senators rejected Mr. Sessions’ nomination to be a federal judge. His record since then does not give us any reason to believe that those senators were in error.”
Khan, who first spoke out against Trump at last summer’s Democratic National Convention, claimed the Alabama senator does not have the best interests of all Americans at heart.
Cabinet hearings kick off: Meet Trump’s new government
“The most minimal standard for leading the Department of Justice must be a demonstrated commitment to pursuing justice for all Americans. Mr. Sessions fails to meet that standard,” Khan said.
Sessions’ has come under fire for past comments on the NAACP and the ACLU, which the senator called “unamerican.”
In 1986, a black assistant US attorney who worked for Sessions also testified that the Alabama senator called him “boy” on multiple occasions and joked about the Ku Klux Klan, saying that he thought Klan members were “OK, until he learned that they smoked marijuana.”
Sessions denied these allegations at the time.
Khan told CNN Monday Sessions past shows him “not worthy” of serving as the country’s top law enforcement officer.
“He has been holding up with the groups that are racist, that are misogynist, and he had been their champion. He had been appearing on their show, he had been talking to them, he had been seeking their advice, he had been meeting with them privately and publicly, and giving them voice,” Khan said.
Khan said confirming Sessions could send a negative signal to the rest of the world.
“Be careful who we nominate and appoint because the world watches us, and what steps we take in exercise of democracy who we make our representative, who we make our law enforcement officer for this country. And he certainly does not qualify,” Khan said.
“There is time to oppose, and then there is time to watch,” he said. “I feel strongly that it is my moral obligation that if I have anything to say that I must say it now.”
Khan is not the first to speak out against Sessions. Judy Shepard — whose son Matthew was beaten and left to die in Wyoming in 1998 in a crime motivated by anti-gay sentiment — criticized the senator for opposing the Hate Crimes Prevention Act, which President Barack Obama signed into law in 2009 in a report issued by the Humans Rights campaign.
Despite opposing the Hate Crimes Prevention Act, a spokeswoman said as attorney general, Sessions would enforce the law.
The Senate gym: Jeff Sessions’ unlikely bipartisan oasis
Sessions is facing a contentious confirmation hearing on Capitol Hill this week. Senate Democrats have expressed skepticism and disapproval of Session’s conservative background and past.
Sessions’ hearing starts Tuesday at 9:30 a.m. ET.