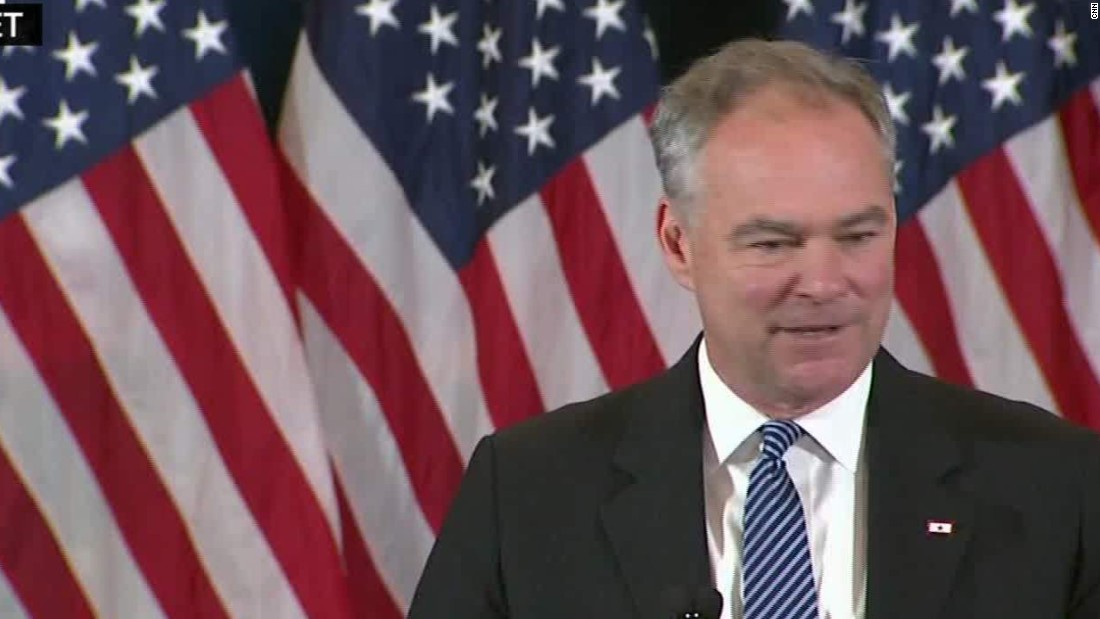 (CNN)Virginia Sen. Tim Kaine took to social media Thursday evening with a message for disappointed supporters: “This isn’t a time to give up.”

“I’m as disappointed as anyone. We had the opportunity to elect a candidate — the first woman president — who would have brought people together, created jobs, strengthened our nation’s leadership across the globe, and opened up ladders of opportunity for countless Americans. It pains me to say that Hillary Clinton is not going to be our next president,” he wrote on Facebook in a post signed “Tim.”
The former Democratic vice presidential nominee said it is time for supporters to “strengthen our resolve to fight against injustice, break the gridlock in Congress, and use government to make people’s lives better.”
Congratulating President-elect Donald Trump and Vice President-elect Mike Pence on their victory, Clinton’s running mate called on all elected officials to “put this divisive election behind us” and work with the new administration, a task he will now have a direct role in as a Virginia senator.
“We need to do all the good we can and serve one another. That is what I’m about. And it’s why, in the Senate, I’m committed to working with both parties and President-elect Trump to find the common ground to move our country forward,” he posted.
Kaine introduced Hillary Clinton Wednesday afternoon as she gave her concession speech and returned to his hometown of Richmond later in the day with a small team of aides. By evening, there was no longer a Secret Service presence at his home.
A crew was seen removing the “Clinton Kaine” decal from his campaign plane at the Richmond International Airport, which would go on to fly a basketball team Thursday.