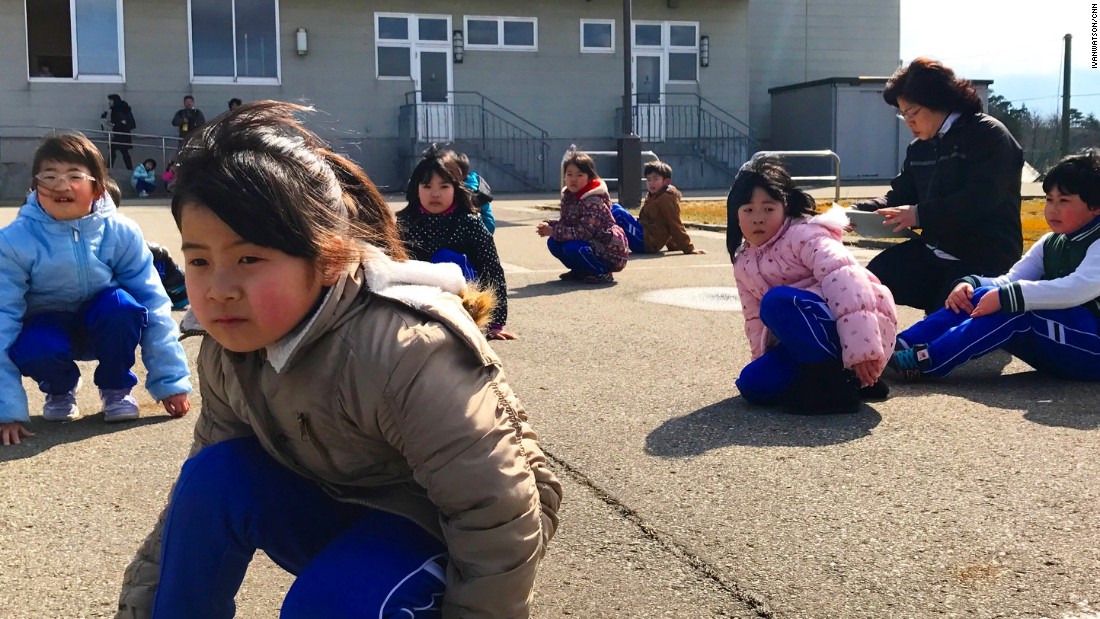 Oga, Japan (CNN)The children are playing duck-duck-goose with their teacher outside their elementary school when the siren suddenly blares.

On cue, teachers and students drop to the ground and wait for further instructions.
“This is a drill,” a voice echoes over a loudspeaker across this small coastal town.
“A missile has been launched.”
Moments later, the entire school body runs from the athletic field into the school gym. They are joined by elderly volunteers, who line up in rows next to the children seated quietly on the wooden floor. 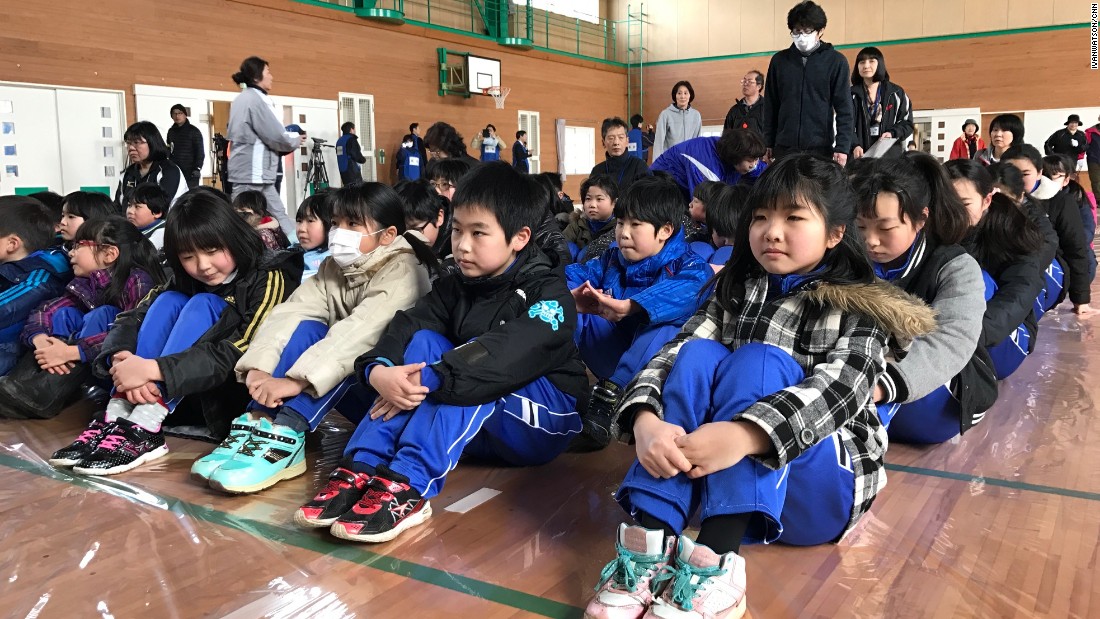 This is Japan’s first evacuation exercise preparing for the scenario of a North Korean missile attack against this country.
“A missile fell about 20 kilometers off the coast of Oga inside territorial waters,” says another loudspeaker announcement.
“The damage is still unknown so please remain sheltered inside the gym.”
At the completion of the drill, a government official thanks participants in the gym, while carefully avoiding specific mention of North Korea.
“The government is doing its best to be amicable to the countries so that the country would not shoot a missile,” says chief Cabinet counselor Atsushi Odani.
“If they shoot a missile, self defense forces will try to shoot them down,” he adds, referring to the Japanese armed forces.

Japan is not entirely defenseless when it comes to ballistic missile threats.
Earlier this month, guided missile destroyers from the US, Japan and South Korea participated in trilateral naval exercises focused on improving missile defense.
The warships employ the Aegis missile defense system that is aimed at early detection of missile threats.
Those ships can also fire interceptors to strike the ballistic missile early in its flight, or send tracking data to ships farther along the ballistic missile’s flight path, so it can be destroyed when it’s near its highest point.
However, Japan and its close military allies the US and South Korea were unable to stop North Korea from launching four ballistic missiles earlier this month.
Tokyo says three of the four missiles launched from North Korea on March 6 landed in the sea less than 200 nautical miles (around 370 kilometers) from Oga, which juts out on a peninsula from Japans’ western coast.
Despite United Nations’ resolutions prohibiting North Korea from developing nuclear weapons and ballistic missile technology, in 2016 Pyongyang conducted at least two nuclear tests and fired more than a dozen missiles. 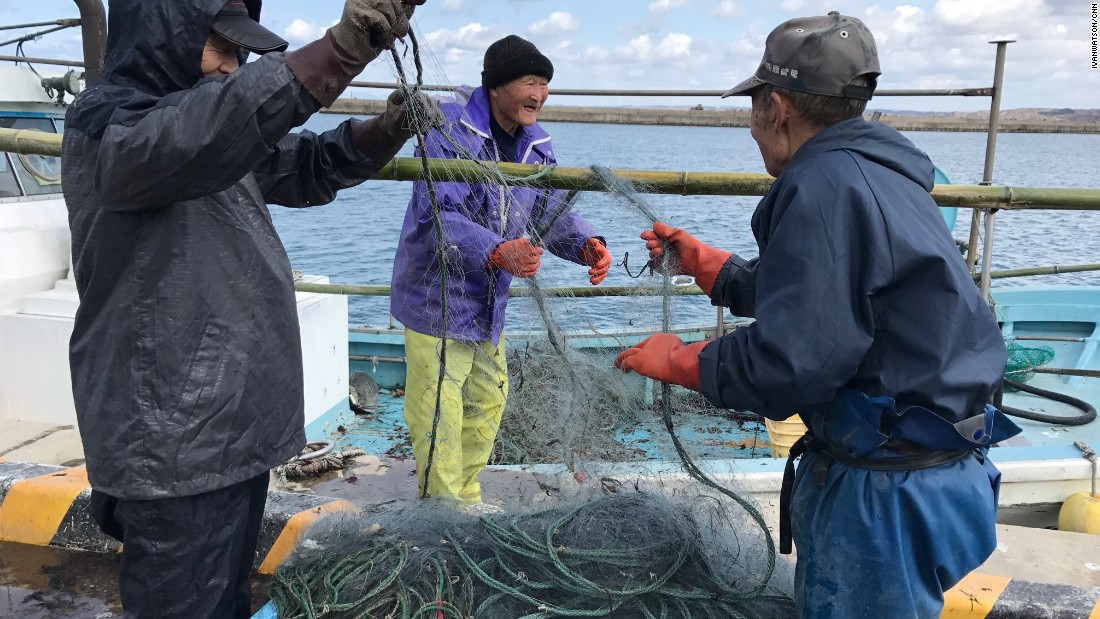 In this sleepy fishing port, locals are waking up to the growing threat from across the sea.
“It’s scary,” says Zen-ei Nishikata, as he hauls sacks of freshly-caught, squirming octopus into a fish-packing plant next to the docks.
“You never know what the North Koreans might do next.”

For some here in Oga, the missile evacuation drill brought back painful memories.
“During World War II, we hid in air raid shelters wearing masks when we heard the sirens,” said Reinosuke Ishigaki, an 89-year old resident who helped coordinate the town’s disaster preparation.
“If a war breaks out with North Korea, Japan will be targeted,” he adds. “And they have their finger on the nuclear button.” 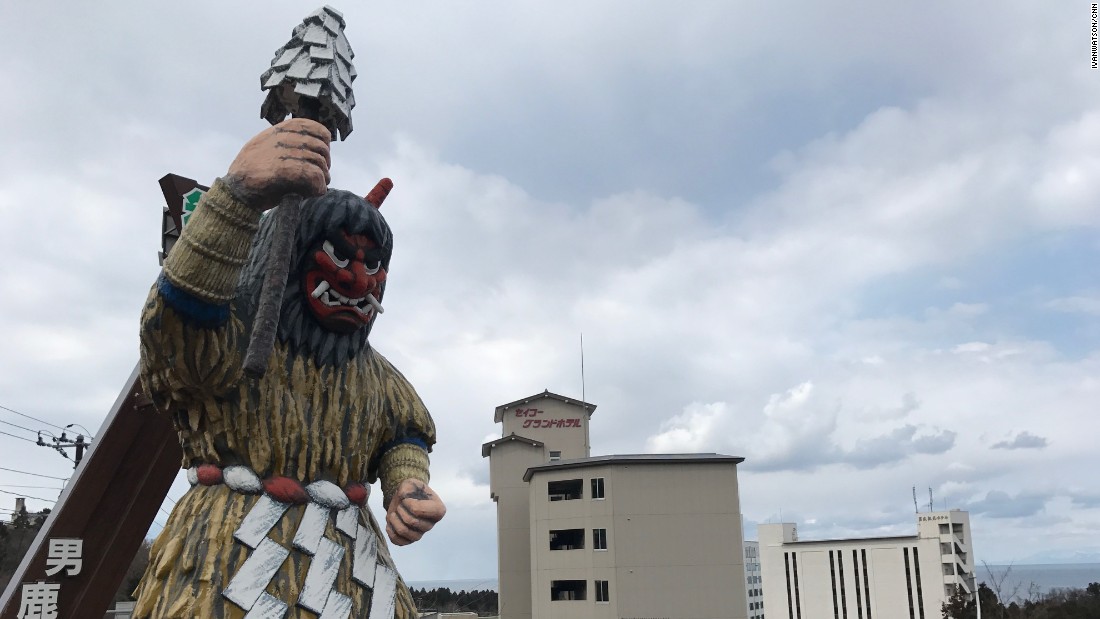 The principal of Oga’s elementary school argues the missile evacuation drill provided his students with a valuable lesson.
“They’re still young, but the closer they get to 6th grade, the more they start to understanding what country we’re talking about with this missile exercise,” Shin Kikuchi says.
“The potential threat from a missile is beyond imagination.”
He speaks in a hallway of the school that is decorated with fearsome masks.
They represent the namahage, a mythical ogre that is a community mascot on the Oga peninsula.
It is a local tradition here on New Year’s Eve for actors to dress up in frightening straw costumes and these fanged masks, to scare children straight.
But as North Korea’s ballistic missile program grows more sophisticated, residents now have something far more than frightening fairy tales to keep them awake at night.