The world record for a marathon, set by Dennis Kimetto of Kenya in Berlin in September 2014, stands at two hours, two minutes, and 57 seconds. If that number means nothing to you, understand this: running 26.2 miles in 2:02:57 is absurdly fast. The speed required, a little under 13 mph for a little over two hours, is unimaginable for all but a few of the worlds very best marathoners, and it causes even those East African supermen to glimpse the abyss. I remember watching Kimettos mouth pursed with agony as he approached the Brandenburg Gate on the cool, sunny day he broke the record, and thinking he might split in two from the effort.

He won, of course, beating by 26 seconds the record Wilson Kipsang had set the previous year. But even Kimetto, with his giant heart and ostrich legs, still fell well short of a barrier long thought impregnable, at least for this generation of athletes: to run a marathon in under two hours.

Today, after two years of preparation and research, Nike is announcing a project calledBreaking2 that has a single goal: to break the two-hour mark in a special marathon planned for the spring of 2017. If the attempt is successful, it will be the most significant moment for running since Roger Bannisters first sub-four-minute mile in 1954. Nike calls the project its Mission to Mars, and its team of designers, scientists, coaches, and statisticians believes that on a specially designated course in an as-yet undetermined location, it can propel at least one world-class athlete, and possibly three, to shave three percent from Kimettos world record.

The sub-two-hour marathon has been a peculiar obsession of mine; I spent three years reporting and writing a book calledTwo Hours: The Quest To Run The Impossible Marathon. In the last chapter I examined the possibility of the moonshot marathon, a special race whose only goal wastime.

That idea may seem paradoxical to the majority of people who know or care little for the sport of professional marathon running. Surely the goal ofeverymarathon is to go as fast as possible? Thats true, to a certain extent. Every elite marathoner wants to win, and to win you have to run faster than the other cats. But big-money marathons are also citywide events, and there are aspects of their size, scope, scheduling, format, climactic conditions, history, and economics that make them unconducive to allowing the worlds best runners to release the full potential of their bodies.

The easiest way to express the difference between potential and performance in the marathon is through two numbers. The first is 1:57:58, which Michael Joyner, a polymathic anesthesiologist at the Mayo Clinic in Minnesota, calculated in 1991 to be the physiological limit for a man in the marathon, the best time possible for a perfect athlete in perfect conditions. The second number is Kimettos world record, 2:02:57. In the five-minute gap between those two numbers lie all the things that slow runners down. 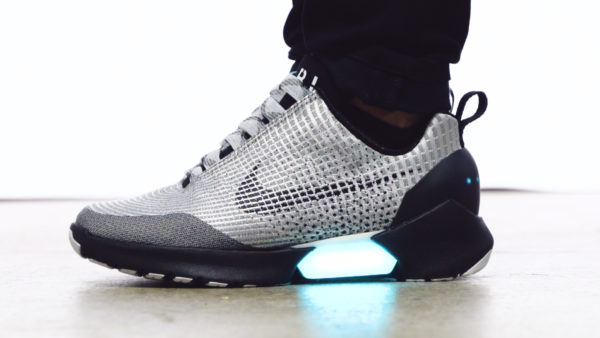 The moonshot marathon, as various runners and coaches described it in my book, would seek to shrink those contingencies to as near zero as possibleby staging the event on a looped course of several miles, protected from wind, in cold temperatures that allowed the athletes not to overheat, with a minimum of tight corners, with teams of pacemakers entering and leaving the race lap by lap, and, crucially, recompensing world-class athletes with large paychecks.

The only kind of organization with the muscle and motivation to stage such a race, I posited then, would be a shoe company. (I thought the shoe company would be Adidas; the last four mens marathon world records have been broken by Adidas runners.) That was more than two years ago, and this exotic and futuristic idea had been rattling around my head until WIRED dispatched me to Nike headquarters in Beaverton, Oregon last month to the first gathering of the athletes and scientists who are working to conquer the two-hour mark. For me, the experience was uncanny. It was as if I had doodled a steampunk fighter jet, only to watch a prototype of the aircraft roll out of a Boeing hangar.

Nikes project, to be clear, owes nothing to my book. The company has been working on this project in earnest since June 2014, more than a year before Two Hours was published. Some of its ideas are much more elegant and incisive than any I outlined in Two Hours; others are gratifyingly similar. Nike has recognized, for instance, that it can achieve nothing without talent. The company has recruited some of its finest distance runners to the three-man team: Zersenay Tadese, the half-marathon world-record holder from Eritrea; Lelisa Desisa, a two-time Boston Marathon champion from Ethiopia; and the Kenyan Eliud Kipchoge, gold-medalist at the Rio Olympics and the best marathoner in the world right now.

Each of these men emerged from an athlete-selection process that took into account not only their best times for the marathon (which, in Tadeses case, is a distinctly modest 2:10) but their potential for improvement. Its a sign of Nikes confidence in its Breaking2 plans that it believes it may be possible to shave ten minutes from a professional marathoners personal best.

Meanwhile, the backstage team of scientists, engineers, physicians and trainers are working to address every single factor that might slow the runners down. Theyre looking at the aerodynamic properties of running apparel; pacing strategies of world-class runners as well as what they eat and how they train; the look, size, and feel of racing shoes; even the environment and shape of the track. Everything that could potentially impact a marathoners performance is being rethought and re-engineered with the ultimate goal of killing time and making history.

I will be reporting on theBreaking2initiative for WIRED from now until the race, and future dispatches will reveal and explore the secret work underway at Nike headquarters and the athletes respective training camps. I continue to have hundreds of questions about the project that I hope in the coming months to answer definitively. For instance: What anti-doping arrangements will ensure Nikes athletes are clean? What International Association of Athletics Federation rules about world-record eligibility is Nike willing to transgress in order to achieve its goal? Which habits of these extraordinary East African athletes will it seek to change? What are the financial incentives for the runners?

In the meantime, Im going to use the same training regime, apparel, and expertise as Nikes three elite athletes to try to achieve my own sub-2 goal, which Ive decided will be a sub-90-minute half-marathon. While in Beaverton, and just like the three elite runners, I underwent various tests on a treadmill. A gas mask was fitted to test my VO2 Max, which is the volume of oxygen I am able to ingest during prolonged exercise, and they tested my running economy,or how efficient I am at moving my body down the road. One of the scientists also pricked my finger every three minutes to check for my lactate threshold that is, the point at which the amount of lactic acid in my blood starts to exponentially increase. The experience was unpleasant.

A group of sports scientists has now analyzed the data and told me what I need to do to improve. (Answer: plenty.) A coach in London is monitoring my training. The numbers from every single workout I do are now sent both to my coach and to the data-fiends in Beaverton for analysis. The idea is that I will attempt to run my sub-90 half on the day before Kipchoge and the gang attempts to break two hours for the full marathon.

It’s a tough assignment: Im not much of a runner. Im a 36-year-old, 6-foot-5 former rugby player who spends too much time at his desk. A year ago, when I started running a few times a week, I weighed 240 lbs; Im now down to around 220 lbs. In March, at my first half-marathon, I ran 1:41:59. A month ago, at my second, I ran 1:36:49. Somehow, Ive got to make seven more minutes and probably ten more pounds disappear.

Whether my own Breaking90is a success or not, Im hoping that training like the professionals will give me insights into their experience. It might also answer the question of whether innovations designed to help the elite can also help an enthusiastic amateurand whether Nikes quest for a groundbreaking 2-hour marathon might change running, just a little, for everyone. The plan is to keep you updated on my progress on WIRED.com over the coming months. But my eyes will never waver from my main goal of reporting on Breaking2, in particular on the athletes at its center, and watching whether this steampunk fighter jet can fly.