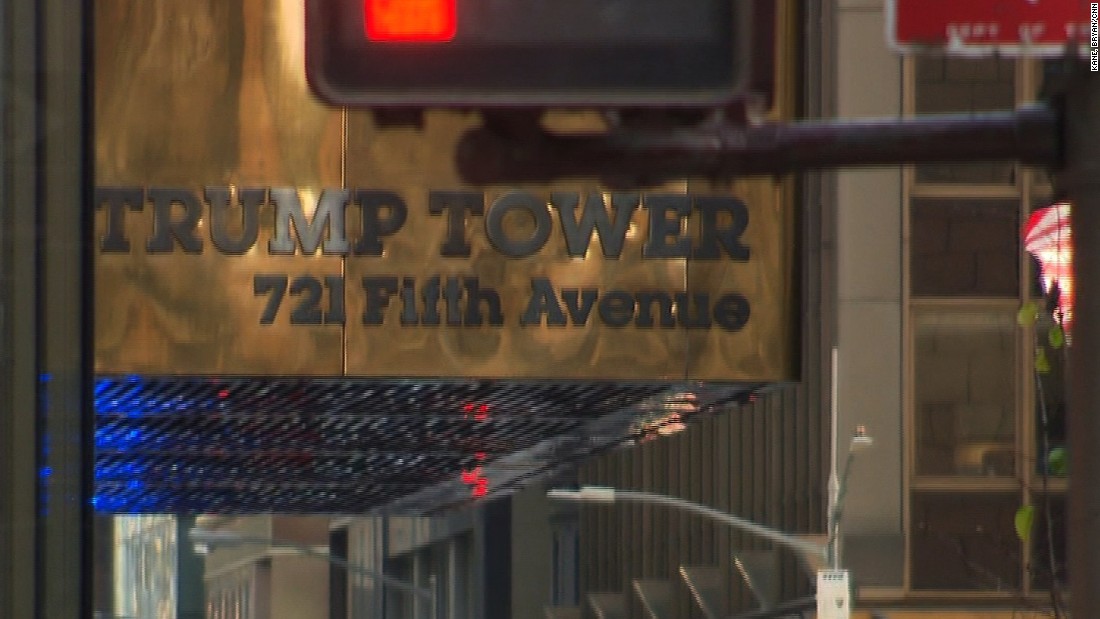 Washington (CNN)The US military is looking to lease space in Trump Tower.

“In order to meet official mission requirements, the Department of Defense is working through appropriate channels and in accordance with all applicable legal requirements in order to acquire a limited amount of leased space in Trump Tower,” Lt. Col. JB Brindle, a Defense Department spokesman, told CNN.”The space is necessary for the personnel and equipment who will support the POTUS at his residence in the building.”
Military support for a president, including the military staff assigned to keeping the “nuclear football” nearby, requires close proximity to the commander in chief, which is why the Pentagon needs to rent a more expensive space closer to the penthouse where Trump resides when he’s in New York.
After Trump’s election, the US Secret Service investigated renting a floor in the same facility, a midtown Manhattan building that sits on one of the busiest streets in the country. The Secret Service did not respond to a request for comment for this story.
According to Jared Horowitz, who works for the company responsible for available commercial space at Trump Tower, the floors available to rent — with the average floor space running between 13,500 to 15,500 square feet — cost about $1.5 million a year. Trump Tower is owned by the Trump Organization.
The Department of Defense noted that the military has had to seek similar accommodations in the private residences of previous presidents as well, including in Chicago during Barack Obama’s tenure.