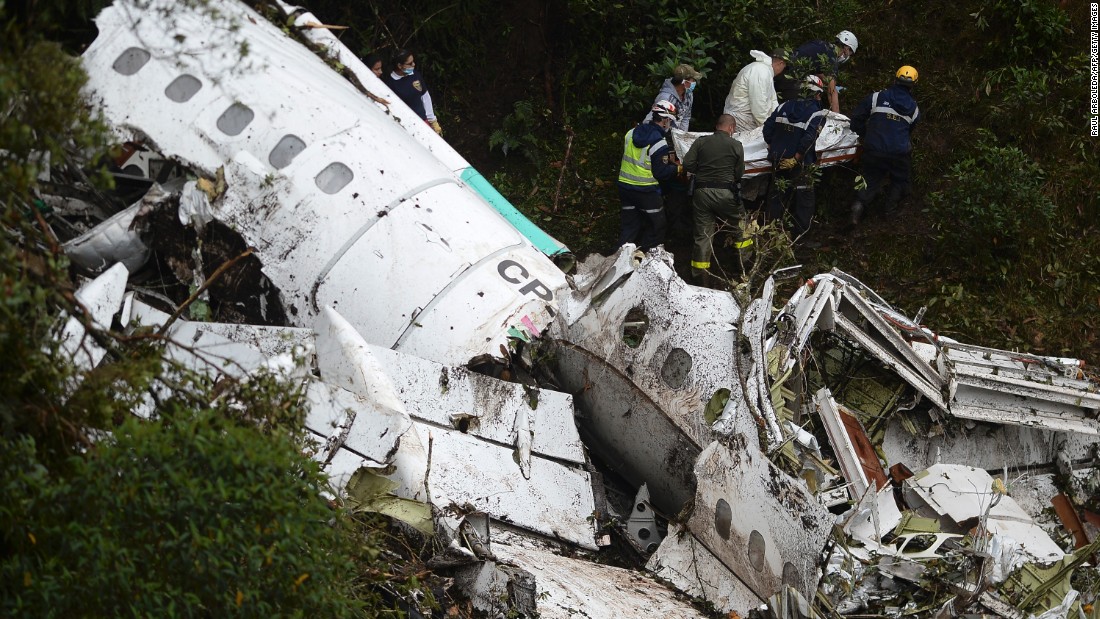 (CNN)As air safety officials begin their investigation into the deadly crash of LAMIA flight 2933 near Medellin, Colombia, the final resting place of the jet’s wreckage may prove to be a central clue in determining why the airplane crashed.

The crash killed at least 71 people during a charter flight to Medellin, including members of the Brazilian Chapecoense soccer squad on its way to the Copa Sudamericana finals. Three players, two crew members and one journalist survived, Colombian authorities said.
The lack of apparent fire damage among the wreckage of the British Aerospace Avro RJ85 is pointing investigators to consider fuel starvation as one of the contributing factors to Monday’s crash, a person familiar with the early inquiry said.
Fuel starvation occurs when fuel is cut off from the engines, causing them to stop running. It can be caused by a number of factors including a fuel leak, internal icing, failure of the fuel pumps or gauges, or crew error.
Alfredo Bocanegra, director of the Colombia Civil Aviation Authority, said even though a preliminary investigation pointed to an electrical problem, the possibility the plane ran out of fuel has not been ruled out, CNN Italian affiliate ANSA reported. However, Bocanegra said investigators would have to ascertain why the aircraft didn’t have enough fuel, because it was just 5 miles away from the airport.
The Colombian Civil Aviation Authority declined to comment further on technical details. Photos released by Civil Aviation Authorities showed debris from the four-engine Avro RJ85 strewn across a hillside with no apparent charring amongst the wreckage. 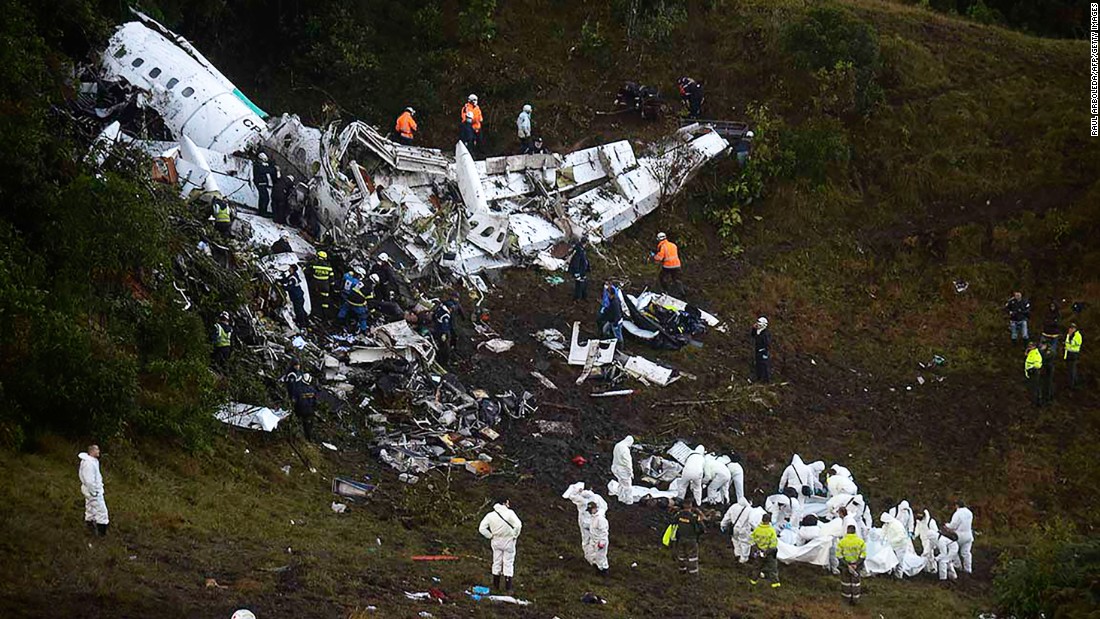 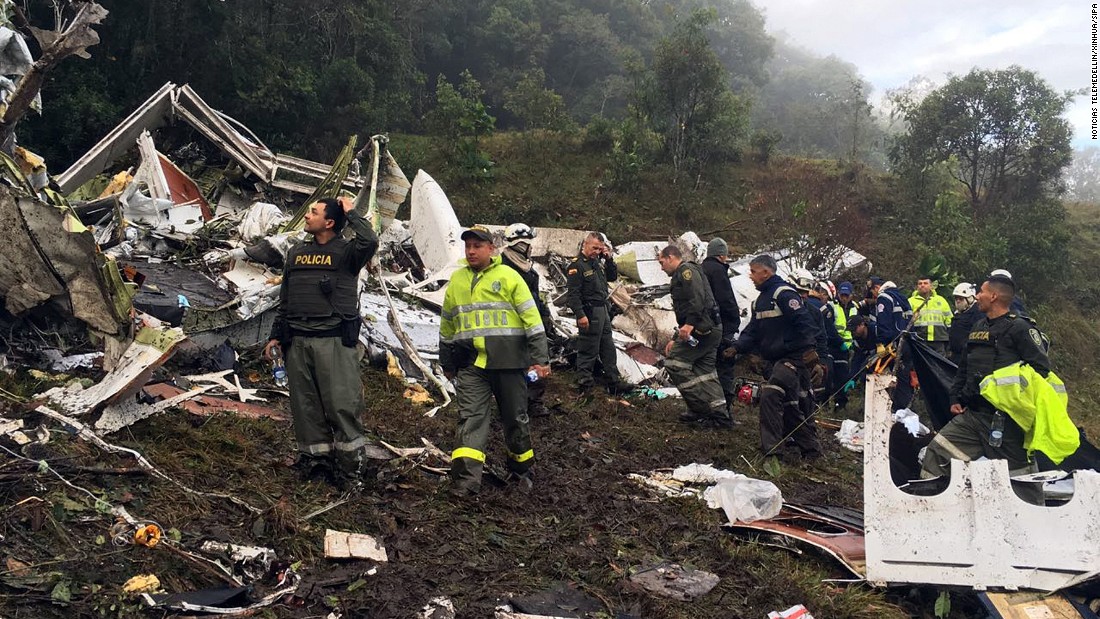 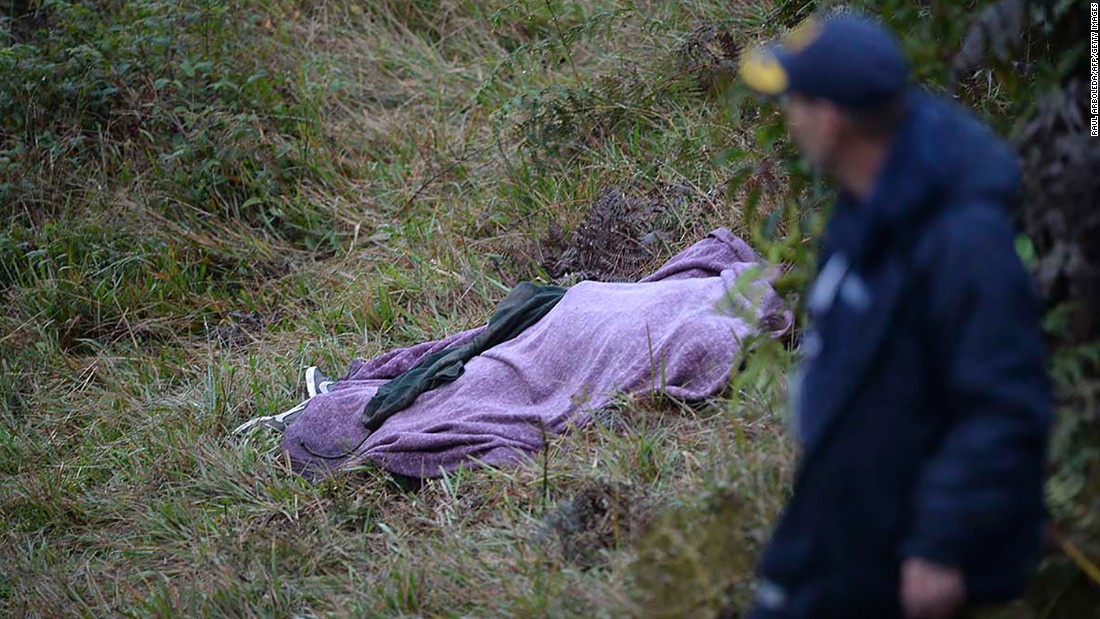 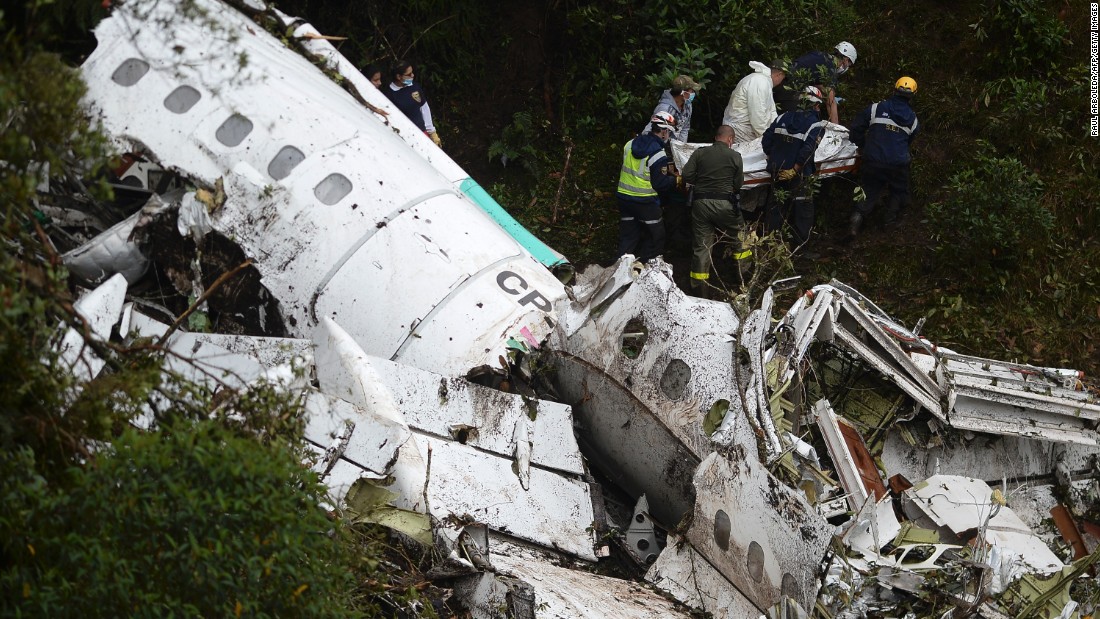 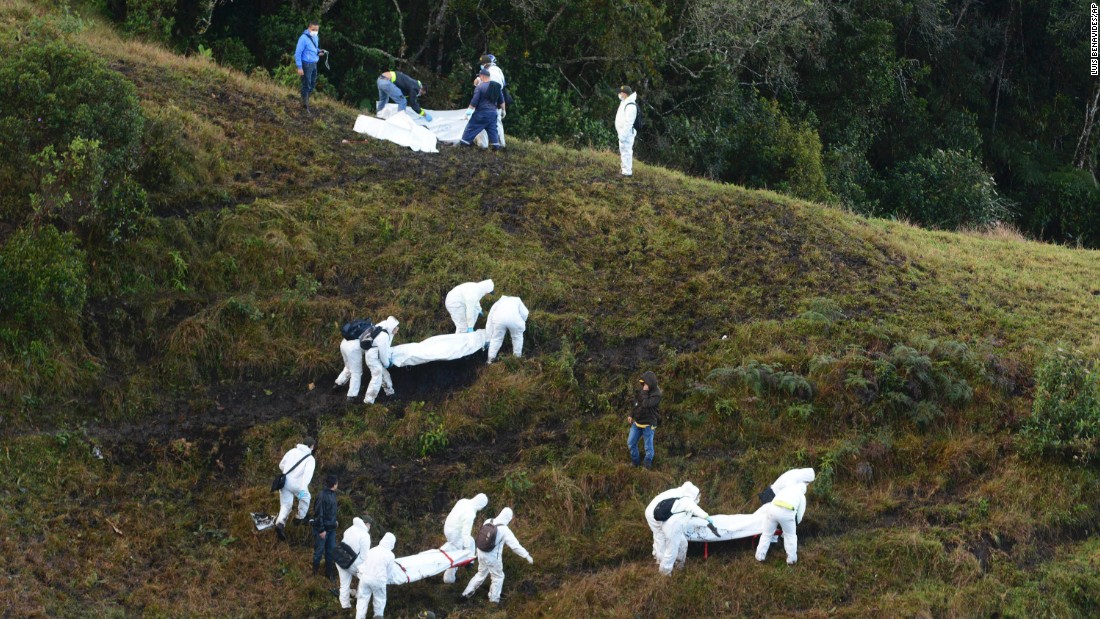 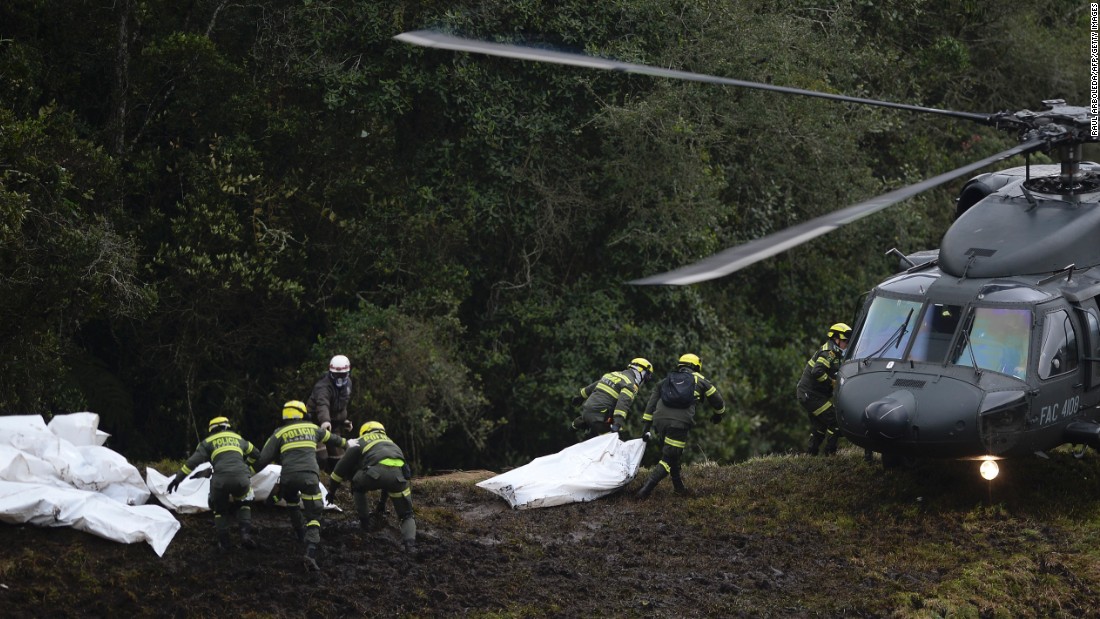 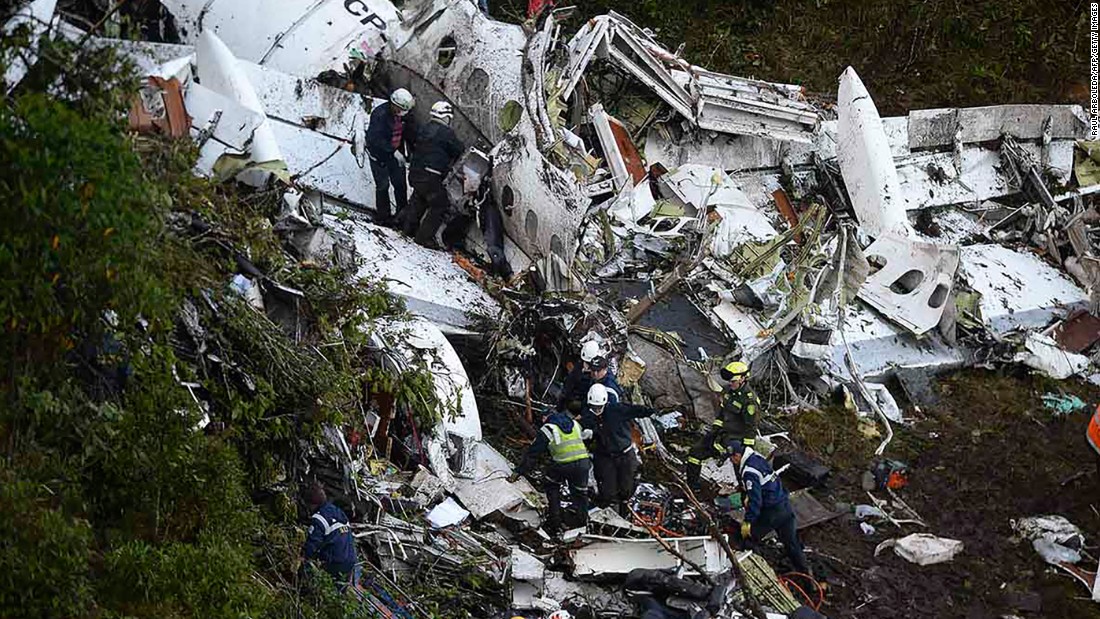 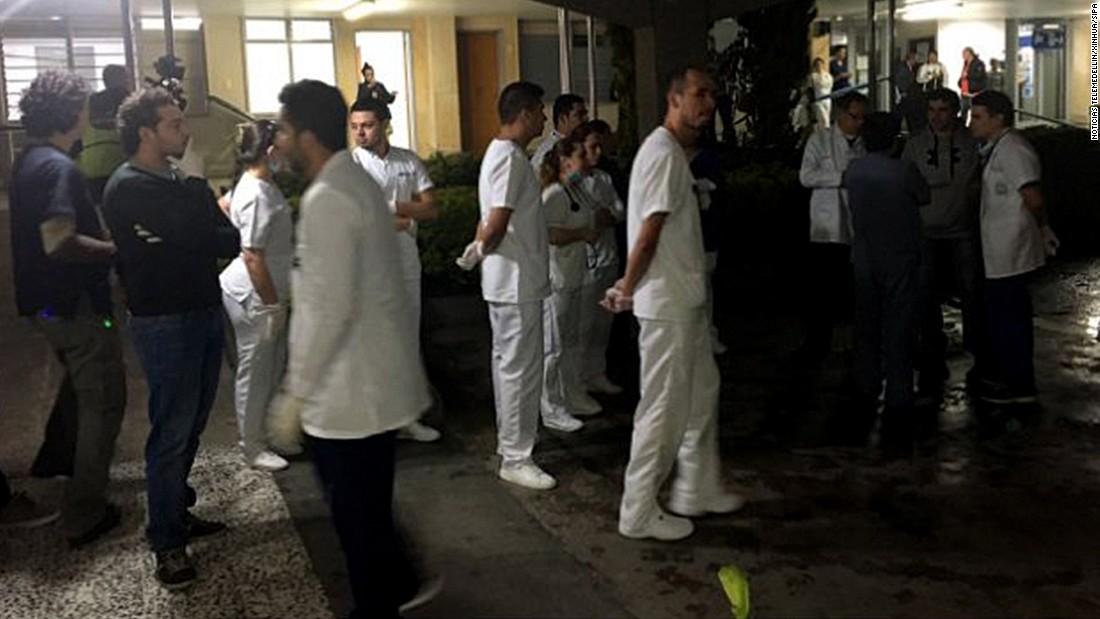 “We do know there was no fire when the plane impacted the ground, which may be one of the reasons where there are survivors from this terrible tragedy,” said Geoffrey Thomas, editor-in-chief of Airlineratings.com.
Such a wreckage pattern in past investigations has suggested there was little or no fuel remaining on the aircraft.
Starvation of fuel is “very, very rare in commercial aviation terms because there are so many checks and balances to make sure you have enough fuel on board,” said Grant Brophy, an air safety investigator.
Brophy cautioned against drawing too many conclusions from footage and photos from the scene.
Investigators will reconstruct the flight’s final hours using data collected from the flight data and voice recorder, as well as maintenance and manufacturing records. The so-called “black boxes” were recovered early Tuesday and were in excellent condition, according to Colombian aviation officials.
The charter flight took off from Bolivia’s Viru Viru International Airport in Santa Cruz at 6:18 p.m. local time, according to air controller Manuel Palamas.
According to tracking data from FlightRadar24, the aircraft entered a racetrack-shaped holding pattern at around 20,000 feet before it crashed. Reports suggested the crew had previously communicated with air traffic control a problem with the jet’s electrical system.
Air accident investigators in the United Kingdom, where the plane was manufactured, are dispatching to the crash site to aid Colombian authorities in determining what happened.
The Avro series of regional jets were once a mainstay of the regional operations of small US and European airlines, but were retired in favor of more efficient two-engine jets and propeller planes. The jet that crashed Monday flew with US regional carrier Mesaba Airlines when it was first delivered in 1999, according to the Aviation Safety Network.

According to a July 2016 report by Boeing, the Avro family of aircraft has suffered 14 accidents in which the aircraft was a total loss, including seven with fatalities. Monday’s crash is the eighth due to noncriminal acts.
The crash marred what has been an otherwise exemplary year for aviation safety. Fatalities due to air crashes in 2016 are at less than half the 10-year average.