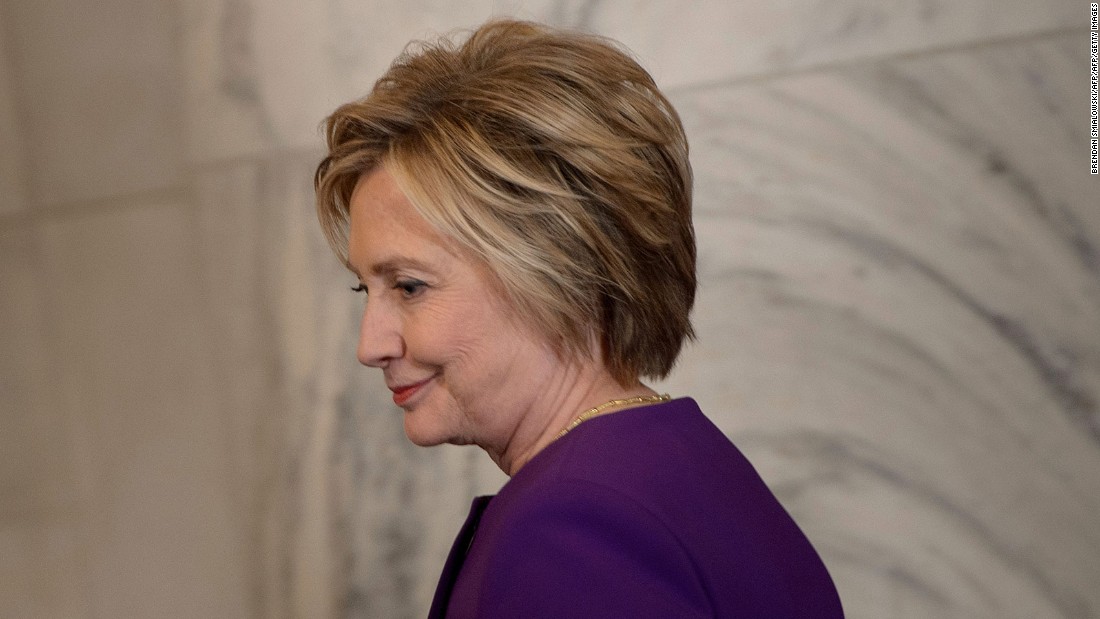 New York (CNN)Hillary Clinton said Thursday night that Russian President Vladimir Putin’s alleged involvement in the hacking of Democratic organizations during the 2016 election stemmed from a longtime grudge Putin has held against her.

Meanwhile, her campaign chairman, John Podesta, issued a scathing rebuke of the FBI, writing in a Washington Post op-ed that “something is deeply broken” at the bureau.
Clinton was addressing donors in New York at a short speech pegged as a “thank you party” at The Plaza Hotel. While Clinton commented on election hacking throughout the close of the 2016 campaign, these were her first comments since the news of Putin’s involvement.
According to sources who were present, she did not mention President-elect Donald Trump, but her comments reacting to news that the United States intelligence assessment of the 2016 hacking suggests Putin was involved was seen in the room as an implicit knock against the President-elect.
One of the sources said Clinton reacted to recent news by saying that she was proud as secretary of state to have defended democracy when confronted by the Russian president.
She also said Putin held a grudge against her stemming from Clinton’s comments about Russia’s 2011 parliamentary elections. Clinton issued a sharp critique of Russia’s parliamentary elections as secretary of state, suggesting that the elections were not free and fair. Putin then blamed Clinton for protests that broke out afterward.
Hacked material from both the Democratic National Committee and Podesta found itself at the center of the 2016 campaign, used extensively by Trump against Clinton. WikiLeaks, the organization that published much of the material, released groups of Podesta’s emails for weeks before the November election.
A US official familiar with the election-related hacking told CNN Thursday that the operation was carried out with sophisticated hacking tools, suggesting that Putin was involved. The source said while Putin’s “fingerprints” were not on the hacking, “the nature of the operation was such that this had to be approved by top levels of the Russian government.”
Clinton said Thursday that the stream of hacked material contributed to her loss, according to one donor. One donor said Clinton believed the hacking was an “attack on our national security and an attack on our democracy.”
Clinton’s speech, the donors said, was not deeply reflective and instead urged them to stay engaged with the Democratic Party. Clinton specifically told her supporters not to lose heart and implored them to stand up for democracy both here and abroad, one source added.
The event was a star studded affair, and likely the final event Clinton will have as a 2016 candidate with her top donors. Event attendees included Vogue Editor-in-Chief Anna Wintour, movie producer Harvey Weinstein and designed Vera Wang. The bulk of attendees were longtime Democratic donors such as Alan Patricof, Robert Zimmerman and Steve Elmendorf.
Tim Kaine, Clinton’s vice presidential candidate, also spoke at the event, but declined beforehand to comment on the fight over the chairmanship at the DNC.

Around the time Clinton was speaking, The Washington post published an op-ed by Podesta in which he suggested there was a double standard regarding the FBI’s urgency in investigating emails related to Clinton’s private server and Russian hacking.
“Comparing the FBI’s massive response to the overblown email scandal with the seemingly lackadaisical response to the very real Russian plot to subvert a national election shows that something is deeply broken at the FBI,” Podesta wrote.
He called on Congress to appoint a bipartisan panel in the mold of the 9/11 Commission to probe Russian interference in the election, adding that Congress should “more vigorously exercise its oversight to determine why the FBI responded overzealously in the Clinton case and insufficiently in the Russian case.”
Podesta concluded, “What’s broken in the FBI must be fixed and quickly.”