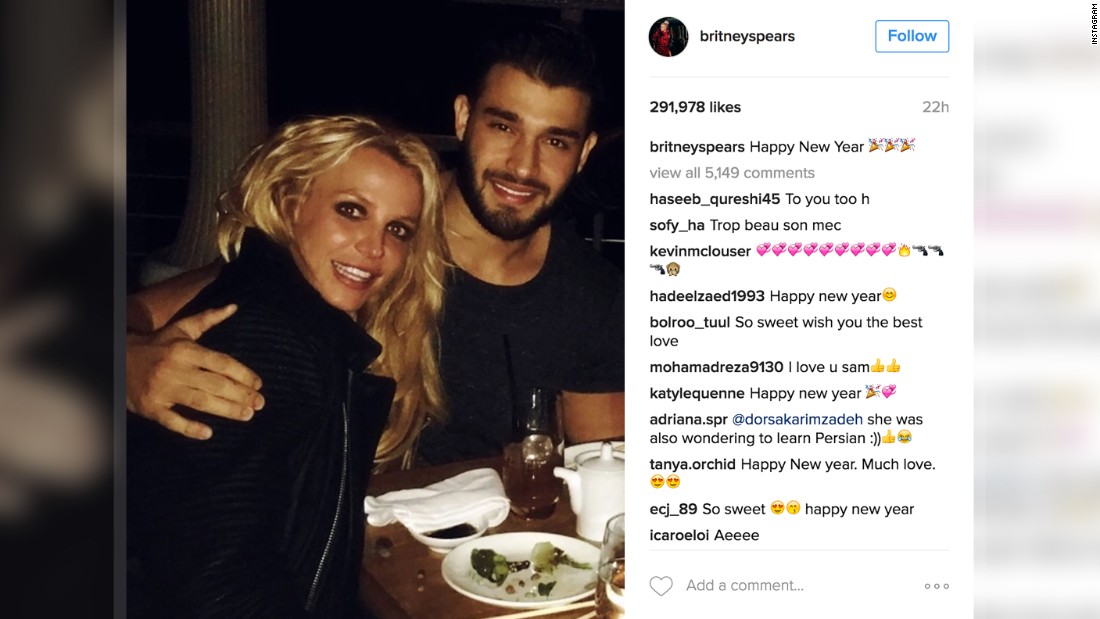 (CNN)Britney Spears appears to be spending quite a bit of time with a new man.

His name is Sam Asghari and he co-stars with Spears in the video to her latest single, “Slumber Party.”
Here are five things to know about Asghari:
He’s really into fitness
Asghari works as trainer for Royal Personal Training…and he’s constantly posting pics after breaking a sweat.

Nobody could judge effort. #workyouraoff

Asghari and Spears aren’t hiding their budding relationship
The two rang in 2017 together. Spears posted a pic of them looking cozy from the night to her Instagram.

He’s the new face of an Under Armour campaign
Asghari took to Instagram to announce that he’s in a new winter campaign for Under Armour, along with a short clip from the ad.

So proud to announce my winter campaign for @underarmour more to come…. Cinematograph: @timtadder #coldgearelements