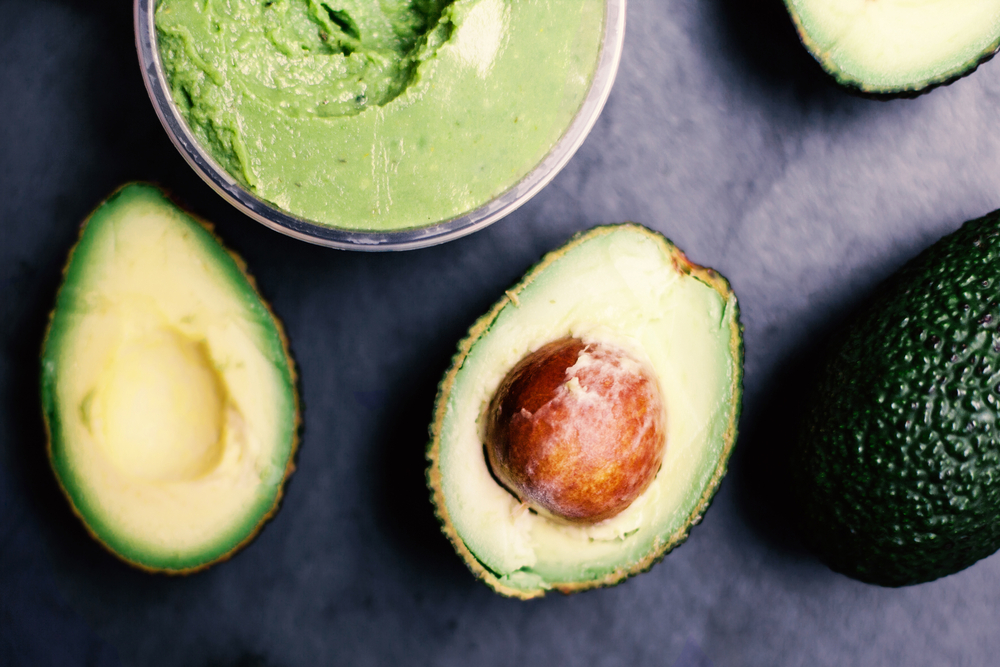 Any betch knows that avocados are a staple of her diet. I mean, whats brunch without avo toast?  Whats a marg without guac?  What’s an Alaska roll without avocado (just a salmon roll and that’s lame)? I’ve recently realized I’m eating avocado in some shape or form pretty much every single day. I can’t help it.

It is Gods greatest gift to earth, right behind alcohol and WiFi. And birth control and Bravo. I also feel like I can justify my over-consumption by the fact that avocados are, allegedly, a healthy fat. But how healthy are they, really? And like, is this the kind of healthy fat that wont actually make me fat even if I’m eating a lot of it? Amidst my panic attack, I’ve decided to investigate this once and for all how healthy is an avocado? How much avocado is too much? Should I cut it out of my diet if I really wanna lose three pounds? Did my hair get flat? Did I stumble into some bad lighting? Whats wrong with me?

Okay so lets start by analyzing what kind of shit is in an avocado, like if each one had a nutrition label on it. One avocado has 234 calories damn, I’m already crying.

It has 21 grams of fat, which is 32% of your daily value. Grool. But keep in mind it’s not the gross kind, like trans fat, which is artificial. It has 2.9 grams of protein, and that’s how I will continue to justify eating avocado products before a workout. It has a shit ton of potassium which is good for you and only 4% carbs which is like, kind of decent I guess? Amazingly it has no cholesterol, basically no sodium and barely any sugar. It contains a shit ton of Vitamin B6 which science has said may reduce risks of heart disease, cancer, and EVEN might make you less of a bitch when you’re on your period. Amazing.

So after that little analysis, I feel like signs are pointing north, except for the 21 grams of fat thing. That blows. But overall it is super healthy. Also did you know avocado is a fruit? Such a rahndom fruit.

How Much Avocado Is Too Much?

Here is the sad/terrifying part. A recent article has claimed that the ideal, healthy size portion of avocado for one day is one half. That’s right, one half. In all fairness, that sounds completely reasonable. I know how filling one half of an avocado is. But what I don’t know is how to stop myself from dunking my tortilla chips into the super authentic stone mortar bowl filled with guacamole at Dos Caminos. I definitely consume far beyond one half of an avocados worth of guac. Sue me! Also, if I’m being domestic and eating an avocado at home, wtf am I expected to do with the other half? Save it for later aka let it turn brown and die within 10 seconds? These are tough times.

Is it really thaaat bad if I have a full avocado in one day? Like, am I gonna die? Obviously not, but if you’re trying to lose weight you should probs avoid over-doing it. Half an avocado a day and you’ll be fine. More than that, and you might be playing yourself. However, this does kind of depend on how active you are. So if you’re some sort of subhuman over-achiever who is able to do boozy brunch at 12 and then hit the gym a few hours later, be our guest and order that avocado toast. But don’t go crazy if you’re going to sit around all weekend contemplating what you’re doing with your life.

So What Are You Telling Me?

I know how hard this is. Cutting down on avocados will not be easy. But you are a strong, independent woman. If you really want that summer bod, this is one extra step you can take in the right direction. Would you rather cut out alcohol or avocado? That’s a serious question, like I’m playing “would you rather” right now. Alcohol or avocado? You might answer avocado without thinking, but imagine what you’re going to do when you’re buzzed off one margarita and the waiter brings a bowl of guac to your table. You’re going to want to binge on both. Just don’t do it, okay? Promise? Okay, now everybody take some rubbers.